Obama-Clinton-Trump: Is This The Best America Can Do? 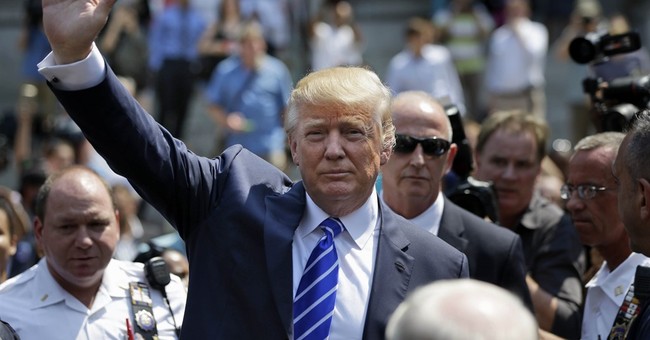 What has happened here?

The President drove a healthcare plan through Congress based on a series of statements that he knew or should have known were totally false: Your healthcare insurance costs will be reduced by $2500 per year. You can retain your doctor. Fast forward to his Iran deal, which initially promised that Iran would not be allowed to have a nuclear weapon. This promise has morphed into an underlying premise that we really cannot keep Iran from getting a nuclear weapon. And let's not forget that the United States has ceded to the United Nations all inspection duties under this deal and the United Nations through the International Atomic Energy Agency which has essentially agreed to let Iran perform self inspections through a side agreement that Secretary Kerry indicates he has not read. Promising A and delivering B is not what is supposed to happen.

Hillary Clinton has achieved the rarified air of being able to enter a hotel banquet room and have people check outside to double check after she has told them it is raining. Whether it was being named after Sir Edmund Hillary who climbed Mount Everest when Mrs. Clinton was more than half a decade old, the location of her daughter after the 9/11 attacks, her landing in Bosnia under sniper fire or the reasons she attended Donald Trump's wedding, she needs a personal fact checker in her inner circle. As to her e-mail scandal, one is left with the impression that she believes she could have been Secretary of State of the United States of America and during her term never have sent or received classified data on her e-mail. To believe her, one has to assume that she was not doing her job and/or that all of those times she was photographed appearing to check her e-mail, she was actually checking Facebook to see if her friend had put mayonnaise on her hamburger at lunch.

As to Mr. Trump, studying the newspapers, it is unclear whether he actually claimed to have graduated first in his class at Wharton or he simply allowed the media to report this unchallenged for years. In either event, he apparently attended Wharton for his junior and senior years and received a degree. What is beyond the imagination here is that after years of demanding President Obama's college transcripts, he refuses to have his own transcripts released. Yesterday, he indicated that he had spoken with some very good lawyers and individuals born in the United States are not American citizens. The Fourteenth Amendment begins with "All persons born or naturalized in the United States, and subject to the jurisdiction thereof, are citizens of the United States..." Does anyone truly believe the Supreme Court of the United States would rule against citizenship for children born in the United States? This is the same Supreme Court that rejected all of the brilliant arguments made by brilliant conservative constitutional lawyers regarding Obamacare.

And now we are back to Hillary and Bill Clinton with a determination of the meaning of the word "is".

In the Robert Redford's movie The Candidate in 1972, Redford plays a senatorial candidate running on a benign platform of "A Better Way". A better way today is the selection of a candidate with a better ethical record and a unifying strategy for America. Pew Research reports that only 39% of Americans consider themselves Democrats and 23% consider themselves Republicans. With Hillary tallying around 50% of Democrats and Donald Trump tallying around 20% of Republicans, they account for only 18.5% and 11.5% of total voters. And that brings us back to Diogenes looking for Looking For An Honest Man or Woman.