Gus Portela is serving as the National Political Director. Gus, born in Bayamon, Puerto Rico, has been active in Michigan politics since his sophomore year in high school. Gus is a seasoned political operative having worked on multiple campaigns in Michigan and most recently on Rick Santorum’s Presidential campaign as a part of the Delegate Operations Team. Prior to coming on board, Gus worked for the Michigan based firm Strategic National.

Gus worked his way up from being a member of the College Republicans his freshman year at his college, to becoming first Hispanic Chairman of the Michigan Federation of College Republicans for the 2010-2011 cycle, one that proved to be extremely successful for the organization shattering fundraising records, expansion in number of chapters, and improved online presence. Under his leadership, the Michigan College Republicans helped to bring a new Republican Governor to Michigan, a majority in the state house, and a super majority in the state senate. Gus’ work aided in the capture of two Congressional seats, as well as, abetting the election of a new Republican Attorney General and Secretary of State.

Most recently, Gus served as the Midwestern Regional Vice Chairman for the College Republican National Committee under Chairman Alex Schriver. As a proud Hispanic Republican, Portela’s biggest passion is to bridge the gap between Hispanic voters and the Republican Party. 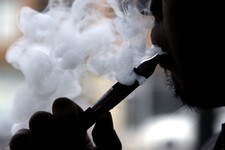 The FDA Is Here to Help … But Help Whom?
By Gus Portela
According to President Reagan, the most terrifying words in the English language are: “I'm from the government and I'm here ...
April 18, 2019 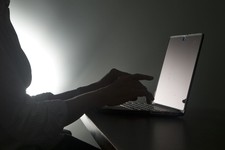 Fair Digital Trade is Key to America’s Economic Future
By Gus Portela
When discussing international trade, many people may think of a massive cargo ship carrying steel containers across the ocean. But ...
February 23, 2019 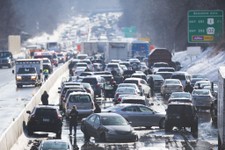 Holiday E-commerce Boom Shows Need to Update Trucking Regulations
By Gus Portela
The spectacular rise of digital shopping for everything from shoes to couches has created a very analog problem.  The individual ...
December 20, 2018 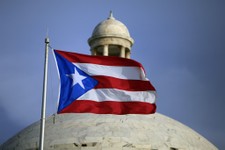 Statehood Would Be an Economic Boon for Puerto Rico
By Gus Portela
This week, Puerto Rico’s representative in Congress, Resident Commissioner Jenniffer Gonzalez (R-PR), introduced a bill to make the territory a ...
July 29, 2018 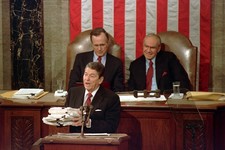 Re-Thinking Income Inequality
By Gus Portela
“If government planning and welfare had the answer – and they’ve had almost 30 years of it – shouldn’t we ...
February 06, 2014
Commentary Archives
CARTOONS | Michael Ramirez
View Cartoon