Statehood Would Be an Economic Boon for Puerto Rico

Gus Portela
|
Posted: Jul 29, 2018 12:01 AM
Share   Tweet
The opinions expressed by columnists are their own and do not necessarily represent the views of Townhall.com. 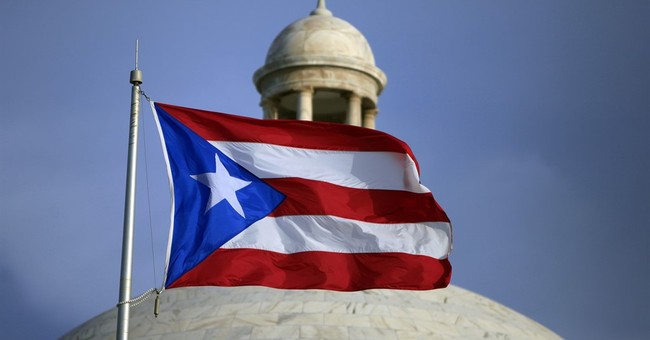 This week, Puerto Rico’s representative in Congress, Resident Commissioner Jenniffer Gonzalez (R-PR), introduced a bill to make the territory a state no later than January 1, 2021. The Puerto Rico Admission Act of 2018 already has 37 co-sponsors, including Republicans and Democrats from various states. The bill comes after major events like Hurricanes Irma and Maria caused more than $90 billion worth in damages, making it the third costliest storm in U.S. history.

The move towards statehood would bring an unprecedented amount of positive change to an island that is in desperate need of transformation. Under its current status as a territory with limited autonomy, high levels of economic risk continue to limit investment and its overall progression. As a state, the island’s ability to contribute to its own development would significantly improve. The 2017 hurricane season highlighted how bad a position Puerto Rico is in, where the president was forced to approve waivers on unnecessarily restrictive shipping regulations so the 3.4 million American citizens living on the island could receive the immediate help needed in the aftermath of the hurricanes.

The reality is, there’s only one path forward to address Puerto Rico’s current status: Statehood. Statehood would allow the island’s struggling economy to grow past a decade-long recession by allowing the territory the ability to pay down its debts and liabilities. Additionally, statehood would give investors new confidence in the future of Puerto Rico, which in turn would help advance the island’s economy. Even under Puerto Rico’s recent conditions of high debt combined with a shrinking economy, the Government Accountability Office estimated that Puerto Rican corporate and individual taxpayers would contribute an additional $6 to $10 billion in taxes to the United States government.

America was built on the idea of self-determination, a principle expressed in our founding documents that our men and women in uniform – many of them Puerto Ricans – defend every day. Puerto Ricans have made their views clearer and clearer as new referendums are held. The latest and fifth referendum recently held in 2017, showed an astounding 97% of those who voted favored Puerto Rico becoming a state. We should move past partisan politics and simply do what is right to help our fellow American citizens in Puerto Rico have the tools they desperately need to grow their economy, repair infrastructure, and end their status as a colony.

Born in Bayamon, Puerto Rico, Gustavo J. Portela is a Senior Advisor to the National Puerto Rican Chamber of Commerce.