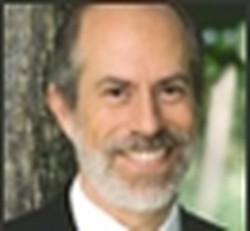 Frank Gaffney is the founder and president of the Center for Security Policy in Washington, D.C. The Center is a not-for-profit, non-partisan educational corporation established in 1988. Under Mr. Gaffney's leadership, the Center has been nationally and internationally recognized as a resource for timely, informed and penetrating analyses of foreign and defense policy matters.

Mr. Gaffney also contributes actively to these debates in his capacity as a columnist for the Washington Times and as a monthly contributor to Defense News and Investor's Business Daily. He is a contributing editor to National Review Online and a columnist for American Spectator Online, WorldNetDaily.com and JewishWorldReview.com. He is a featured weekly contributor to Hugh Hewitt's nationally syndicated radio program and appears frequently on national and international television and radio programs. In addition, his op-ed articles have appeared, among other places, in The Wall Street Journal, USA Today, The New Republic,The Washington Post, The New York Times, The Christian Science Monitor, The Los Angeles Times, and Newsday.

In April 1987, Mr. Gaffney was nominated by President Reagan to become the Assistant Secretary of Defense for International Security Policy, the senior position in the Defense Department with responsibility for policies involving nuclear forces, arms control and U.S.-European defense relations. He acted in that capacity for seven months during which time, he was the Chairman of the prestigious High Level Group, NATO's senior politico-military committee. He also represented the Secretary of Defense in key U.S.-Soviet negotiations and ministerial meetings.

From August 1983 until November 1987, Mr. Gaffney was the Deputy Assistant Secretary of Defense for Nuclear Forces and Arms Control Policy under Assistant Secretary Richard Perle. From February 1981 to August 1983, Mr. Gaffney was a Professional Staff Member on the Senate Armed Services Committee, chaired by Senator John Tower (R-Texas). In the latter 1970's, Mr. Gaffney served as an aide to the late Senator Henry M. "Scoop" Jackson (D-Washington) in the areas of defense and foreign policy.

Mr. Gaffney was born in 1953 and resides in the Washington area.

Apr 09, 2012
Political Compromise of Our Security