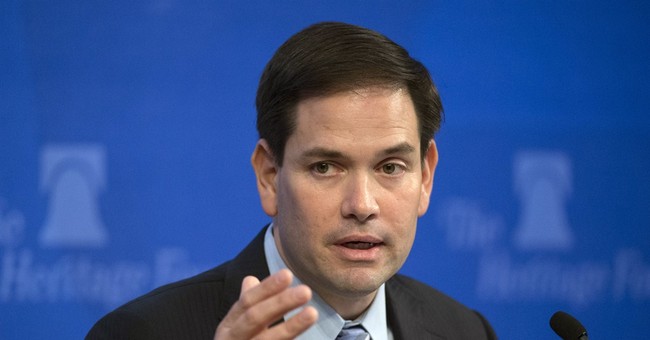 A surreal moment passed for me this week with several press reports about presidential candidates heading to Atlanta in August this year. Six years ago in Atlanta, a group of online political activists got together in person. They had been online collaborators among the Republican grassroots for six years without ever having met face to face.

In May of 2009, I put up a post at RedState.com, where I had taken over the helm as Editor-in-Chief. "Who wants to get together for a beer in Atlanta?" I asked. More than 500 people said yes. I scrambled. My friend Caleb Howe volunteered to help. He arranged a hotel and catering, and helped set up a registration website. Then I had to tell my bosses at our parent company what I was doing.

That first year, some unknown candidates, who the conservative grassroots were backing, showed up. The Texas Solicitor General Ted Cruz was there. He was thinking about a run for office. The former speaker of the Florida House of Representatives was there, Marco Rubio. I had endorsed him for the Senate. A state representative from South Carolina, Nikki Haley, came. She was running for governor of South Carolina. The former congressman and head of the Club for Growth, Pat Toomey, came. He would challenge Arlen Specter for the Republican Senate nomination in Pennsylvania. Vice President Cheney's daughter, Liz, came, too.

From August 6 to August 8 this year in Atlanta, the RedState Gathering will happen again. Six years after Rubio, Cruz and Haley showed up to run for office, they will be back. Joining them will be, among others, Jeb Bush, Carly Fiorina, Bobby Jindal, Rick Perry and Scott Walker. They will take questions, but more importantly they will share their visions for the future.

I never ask candidates to talk about a specific theme at my event. But this year is different. Should any of these candidates win in 2016, their re-election will be in 2020. It seems fitting then to hear what their vision of the country will be for 2020.

The truth is we know all the jokes about President Obama and Hillary Clinton. Republicans are sure they have left the nation worse off. We have heard the red meat. We get it in almost any candidate speech. But how should the country improve under their watch? I do not expect and do not want 50-point plans in August of 2015. But the candidates should have a vision for how they want to leave office. What is it?

What role does government play in job creation, if any? How would these men and women define what is and is not in our national interest in order to use military action? What is the role of the federal government in funding education? Should the Christian cake baker be able to opt out of baking for a gay wedding? What value do they place on religious liberty?

The nuances of their answers have meaning and provide clarity into how they are different. I hope that this August in Atlanta at the RedState Gathering we will be able to see those nuances and understand their vision for 2020. When they leave office, what do they want the nation to look like? The answer to that question should be of greater importance than the latest joke about the current president.