A Failure to Confront Evil 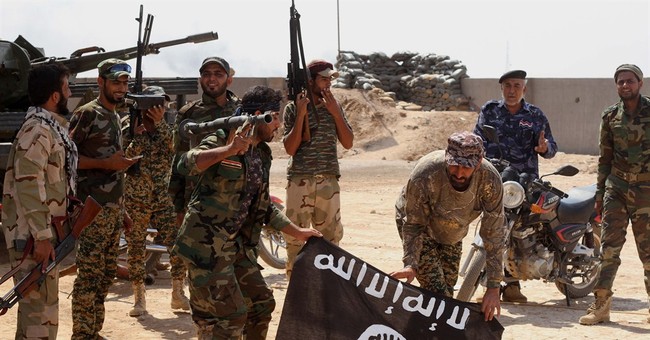 Trending
The Western World and its elite have repeatedly tried to placate evil and not make eye contact with it. Neville Chamberlain sought peace in our time. Jimmy Carter sought detente with the Soviet Union. Now Barack Obama cannot even call the Islamic State by what it is -- a potent form of Islam.

The Islamic State, which now controls territory larger than the United Kingdom, is a theocratic caliphate that takes literally the teachings of the Koran. Muhammad said the infidel could be crucified, so they crucify. They decapitate. They burn people alive in cages. These are monsters, but their monstrosity is premised in their religion.

Despite the protestations of many elites, their religion is Islam. They may not be practitioners of mainstream Islam, but it is Islam nonetheless. Instead of dealing with that and thereby trying to understand how to defeat them, President Obama and his administration are still trying to understand them. His State Department spokeswoman says we need to get to the "root causes" of understanding the poverty and desperation that makes people join the Islamic State.

Actually, a great many of the recruits are from well-off families who are looking for something more than the pleasures of Western life. In a piece in the Atlantic magazine, Graeme Wood interviewed supporters of the Islamic State. They make clear they are both very Islamic -- and not in the desperate situation President Obama would have us believe. In fact, they believe they are called by God to create a Caliphate that will ultimately lead to the apocalypse. Essentially, they are a death cult centered around their religion.

The Islamic State and its followers will not be placated by an Obama administration jobs plan. Signing them up for Obamacare will not make them suddenly love us. While it might be tempting to look at what President Obama has done to the American economy and think he could destroy the Islamic State by exporting his economic policies to them, it is a bit more complicated than that.

Grame Wood ended his piece in the Atlantic noting a George Orwell quote regarding Hitler. "Whereas Socialism, and even capitalism in a more grudging way, have said to people "I offer you a good time," Hitler has said to them, "I offer you struggle, danger, and death," and as a result a whole nation flings itself at his feet ... We ought not to underrate its emotional appeal."

The West sees more and more of its citizens running away to the Islamic State not because they have it so bad at home, but because they recognize a void in their lives and they want to fill it. They see the Islamic State filling that void. The West has reduced its chief aim to comfort and self-pleasure. Uncomfortable with your life? Go buy something. Play an app. Have sex. While elites in the West and their high priests think the whole world is an accident -- a swerve of atoms -- most people innately know there is more to life than that. Most people know life does not end at death.

The siren call of the Islamic State speaks to that void. The materialists of the West may think they can fill the void with a jobs program, cash or hugs, but the Islamic State offers something more. It offers meaning, purpose, struggle, danger and death in pursuit of something greater than self. Western elites, having shrugged off such notions as outmoded and silly, cannot compete with the innate longing of a soul wandering to be satiated.

For the West to beat the Islamic State, it must do two things. First, it must wage relentless, awful and violent war against them. The West must make the pain and burden of joining the Islamic State insurmountable and assure that death comes quickly, brutally and before any Islamic fighter can find meaning in the struggle.

Second, the West must recognize there is real truth, real good and real evil. A post-modern elite who cannot recognize truth and is too ashamed of its own history has nothing to offer in competition to the soul satiating ideas of struggle, danger and death.