Emmett Tyrrell
|
Posted: Aug 04, 2016 12:01 AM
Share   Tweet
The opinions expressed by columnists are their own and do not necessarily represent the views of Townhall.com. 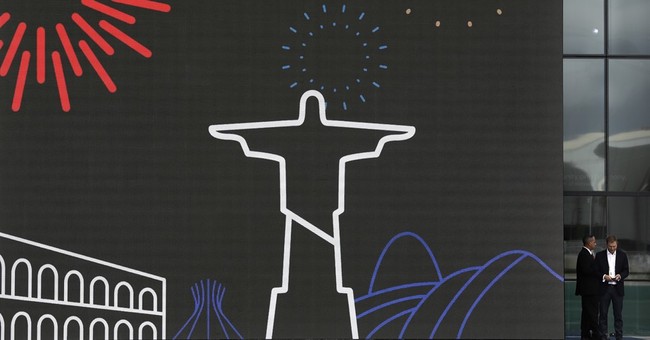 As I wrote in this column some 30 years ago, I am against the Olympics. I have boycotted them for years. The boycott is not going as well as I had anticipated, but this year, we shall try again. Rio de Janeiro may be different. I am told it is an unhealthy habitat and a very poorly governed city.

Thirty years ago I was actually sitting seaside, tapping out my column with a former Olympian looking over me. His name was Alan Somers, and he had been a member of the U.S. swim team of the 1960 Olympics in Rome, Italy. I swam with Al at Indiana University, along with many other Olympians and world record-holders. It was an amazing environment for sport.

I was not numbered among these Olympians and world record-holders, but the Indiana team had a lot of superstars over the next 15 years or so. That day by the ocean, as I pounded out my vitriol toward the Olympic movement and the sham of Olympic competition, Sommers offered his subtle judgment: "You hate the Olympic movement for only one reason. You failed to make the team."

Well, I will say today what I said then: Balderdash! I never had a chance of making the team! If I had made the team, I am not sure how it would've affected my animus against the Olympics. It probably would have shut me down, as Sommers implied, but that would be a shame. The Olympic movement today is different from what it was in his day, as different as a Little Sister of the Poor is from a bedazzled prostitute.

The extravagance of the games is stupefying. Every event is boomed. Every champion has every superlative thrown at them and every smarmy story about them dredged up. Most stories are pure fiction. Money and politics have spoiled every thing.

I am waiting for a champion to mount the victory platform. But I don't want him to take the medal and then launch into a sonorous diatribe on behalf of his pet cause, say, the fate of the black-footed ferret or the future of the Brazilian rainforest. Just take the gold and heave it. Then head off to a cafe and uncork a bottle of wine.

The doping scandal with the Russian team is just the tip of the iceberg. Doubtless there are more diabolical schemes aimed at copping a gold medal -- surgery, eugenics, juggling DNA. I kid thee not! Sport fell into the hands of corporate moguls and political schemers with the full power of the state behind them long ago. It is time for others to adopt my boycott. Turn off your television sets this August. Go on a long hike in the woods, instead. Even a short hike in the woods is preferable to time spent watching these fantastical sports extravaganzas.

Actually, boycotting the Olympics is probably much healthier than patronizing this hideous spectacle. Five hundred thousand people are expected to arrive in Rio to watch the games. They will arrive to contaminated beaches. The water sports in which the athletes compete are hazardous. "Foreign athletes will literally be swimming in human crap, and they risk getting sick from all those microorganisms," Rio physician Dr. Daniel Becker told The New York Times. "It's sad but also worrisome," he said. Well, it is sad, but it is only to be expected.

The modern Olympics have almost nothing in common with the original Greek model. The athletes are all professionals and agents of the state. When Sommers and his IU teammates competed, at least the Olympians from the West were amateurs with all the virtues of amateurism. They did it for the joy of winning, or at least the joy of competing. Now there is a grimness to the competition. Winning is another way to earn a buck, or millions of bucks. I say, relax this year, and enjoy a game of rugby or amateur soccer, or go out and compete yourself. Try golf, the sport of presidents. Money, politics and sport do not mix well. I'll take Indiana's Mark Spitz to Michael Phelps Inc. any day.

R. Emmett Tyrrell Jr. is founder and editor in chief of The American Spectator. He is a Senior Fellow at the London Center for Policy Research and the author most recently of "The Death of Liberalism," published by Thomas Nelson, Inc. To find out more about R. Emmett Tyrrell Jr. and read features by other Creators Syndicate writers and cartoonists, visit the Creators Syndicate Web page at www.creators.com.