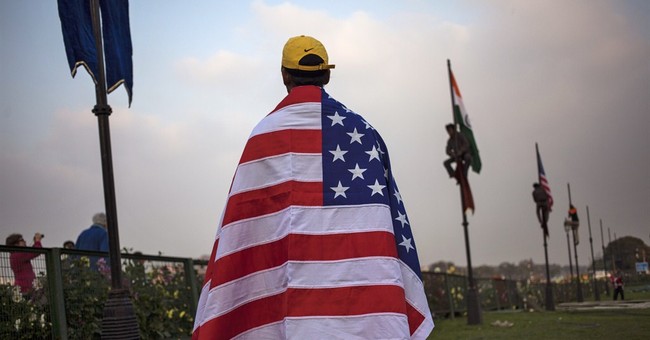 WASHINGTON -- There is a problem with the Internet. Its commentary is too often dominated by pinheads. H.L. Mencken used to complain that only idiots write letters to the editor. That might have been true of his day -- the 1920s and 1930s -- but in our time writers of letters to the editor of newspapers and even of websites are occasionally quite well-informed and even lucid. But others, I am afraid, are indeed pinheads, sitting in their underwear back home, foaming at the mouth, believing that the whole world is profoundly interested in their every word, until the authorities arrive at their homes to take them away.

Friends have informed me that this is the case with those crybabies who protest that conservative columnists are insufficiently conservative, weak-kneed and fatuous. In the correspondence pages of newspapers and websites, they bawl for some extravagant idea about immigration, the Common Core, or some other hare-brained notion that they, in their delusion of grandeur, believe is the true conservative position on this or that. A friend suggests that I should remind these fantasticoes of "how far conservatives have come from the early 1950s when the leading exponents of conservatism could all fit quite comfortably into the corner telephone booth of a major city."

That was the expression that was used. Conservatives were so rare that they could be fitted into a very small place. Yet from the 1950s on, intellectual giants such as the economist Milton Friedman, the gentleman of letters Russell Kirk, and the multifaceted prestidigitator of ideas, William F. Buckley, Jr., endeavored to gather up more and more conservatives and neoconservatives until the whole mob of them, led by Ronald Reagan, won the 1980 presidential election and thus history metamorphosed. Today, conservatism constitutes the warp and woof of the Republican Party. All that is in doubt is what mix of conservative principles will reside in the White House in 2017. Conservatives already control both house of Congress and the vast majority of state governments.

Naturally, among conservatives there are those who will stress one policy over another, and one value over another. Yet it is wrong to consider Rand Paul not a conservative because he is critical of national defense surveillance and incarceration of white-collar criminals or users of proscribed marijuana; or to consider a hawkish foreign policy as not conservative; or to urge that our borders be strengthened and strict immigration laws enforced. All these policies along with others being touted by Republicans -- and even some Democrats -- are conservative. Just as all the policies and values of President Barack Obama are left-wing and passe.

So I for one shall take Oliver seriously. Conservatism as a movement is dead, but as a national force it is alive and thriving. Ever since its earliest days, back in the phone booth, it was diverse. The Friedmanites disagreed with the Kirkians. But through the years, conservatism grew, and it is still growing, probably because all agreed on the importance of personal liberty and opposed the indignity of statism. As for the pinheads who howl to the editors of the land, I say let them howl. They probably are too preoccupied to vote.