A Climate Change on Free Speech

Ed Feulner
|
Posted: Jul 28, 2016 12:01 AM
Share   Tweet
The opinions expressed by columnists are their own and do not necessarily represent the views of Townhall.com. 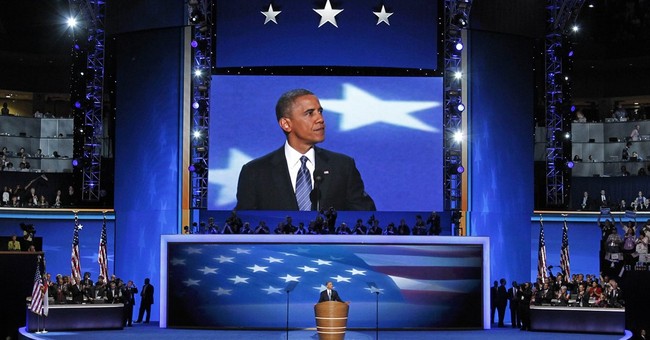 A few months ago, news broke of an astounding assault on free speech. No, the media didn’t present it that way, but that’s how some conservatives, myself included, characterized it. And with good reason.

The assault in question came via a group of Democratic attorneys general. This group of 16 had banded together as “AGs United for Clean Power.”

Who could object to that, right? We all want a clean planet. But these lawyers weren’t encouraging better ecology. They were announcing plans to investigate, for evidence of criminal wrong-doing, groups who dared to question assertions of man-made global warming.

Mr. Schneiderman has every right to believe that, and for the purposes of this column, let’s say he’s correct: climate change is real, and it’s a man-made crisis. (I’m not saying that, but let’s stipulate it for the moment.) By what right does he assert that no view to the contrary is to be tolerated?

Actually, Schneiderman can assert that all he wants -- unlike him, I believe in free speech for all, even those I disagree with. What I find abhorrent is the idea of using the power of government to compel groups who express a politically incorrect point of view to open their files for investigation.

Can you even imagine the outcry that would ensue if a group of Republican attorneys general announced a campaign to investigate those who insist that climate change is not only real, but man-made? The air would ring from declarations that it was the McCarthy hearings all over again. But when it’s Schneiderman’s group investigating the opposition? Oh, that’s fine.

Indeed, his Inquisition has the backing of U.S. Attorney General Loretta Lynch, who back in March told the Senate Judiciary Committee that she has discussed internally the possibility of pursuing civil actions against “climate change deniers.” Worse, she said she has “referred it to the FBI to consider whether or not it meets the criteria for which we could take action.”

That was music to the ears of committee member Sen. Sheldon Whitehouse (D-R.I.). He has urged Lynch to prosecute those who “pretend that the science of carbon emissions’ dangers is unsettled.” He particularly wants to go after those in the “fossil fuel industry” who allegedly have a “climate denial apparatus” in place.

Actually, what they have is what Schneiderman and every American has -- a God-given right to voice an opinion and not be prosecuted for it. I imagine Sen. Whitehouse would be saying the same thing if he was on the receiving end of this disgraceful and unconstitutional threat.

But rather than learn anything since the AGs United for Clean Power lurched into operation, Sen. Whitehouse has doubled down on his error. He’s written an article for the Columbia Journalism Review to denounce “climate deniers” (boo! hiss!) for their “phony opinion writing.”

Why “phony”? And why are the deniers not protected by the First Amendment? According to Sen. Whitehouse, it’s because they’ve engaged in “fraud.” One suspects that disagreement with the good senator constitutes an a priori case for fraud, not to mention the unpardonable crime of being “phony.”

Well, as much as it may pain him to hear any dissent, questioning the theory of man-made climate change is neither criminal nor crazy. There’s plenty to consider, from computer models that have over-predicted warming, to data sets that disagree on whether the earth is warming at all. The debate is real.

And, I’m glad to say, the AGs are feeling some push-back. The Competitive Enterprise Institute recently filed a counter-suit after it was served with a subpoena by the U.S. Virgin Islands attorney general for its climate-change research.

Sorry, Sen. Whitehouse. The only fraud being perpetrated here is by those who would deny basic First Amendment rights to their fellow Americans. Let’s hope those who recognize your bullying tactics keep turning up the heat.