Groping For an Answer 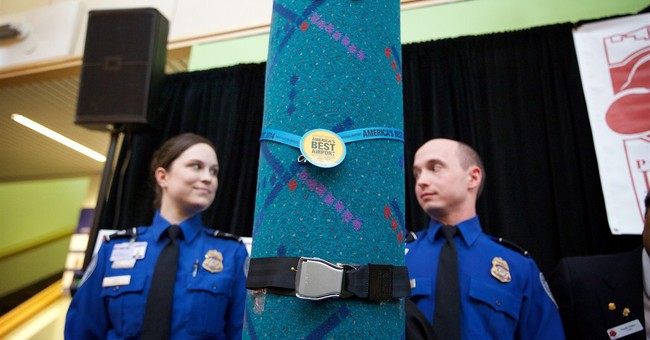 While the title might suggest that the subject matter is about Bill Clinton’s presidency, in reality it’s about a serious and much more relevant and important subject which should be of concern to all Americans. The failures of the Transportation Security Administration to protect American air travel.

The recent release of a government report highlighted the high failure rate on the part of TSA employees to detect security threats among air travelers at American airports. Under-cover agents were successful at smuggling weapons and simulated explosives past airport security checkpoints at an alarming rate.

While I think it’s safe to say that no one wants to return to the minimum wage contract security guards employed to conduct airport security prior to September 11, 2001, the billions invested in the TSA certainly hasn’t elevated the level of air travel safety much above the standards that were in place prior to that tragic day in American history.

And just as tragically the solution most likely adopted by Congress will probably be to throw more money at this beleaguered federal agency, instead of addressing the real solutions. That seems to be the standard answer Congress comes up with, the easy and politically correct answer, instead of taking bold and responsible steps to address the TSA’s failures.

History has shown us that the threats facing American air travel aren’t from the little white-haired ladies or six year old children who are currently being subjected to TSA body searches at the airport. All being done so as not to bruise the feelings of certain organizations.

The primary threat to American air travel continues to be from Islamic extremists and their sympathizers who continue to seek ways to circumvent airport security precautions in their quest to kill innocent Americans, all in the name of Allah.

And unfortunately aided and abetted no less by CAIR, the Council for American-Islamic Relations, an unindicted co-conspirator in terrorism-related HAMAS funding criminal charges back in 2007. CAIR has also recently been named as a “terrorist group” by the United Arab Emirates. I wonder what the UAE knows, or is willing to acknowledge what we won’t ?

For the United States to transform the TSA into an effective agency responsible for American air travel safety, the first thing that needs to be done is to change the mindset at TSA from one of being ‘reactive’, into an agency that takes proactive steps to head off extremist threats.

Properly training TSA personnel to use proven profiling measures to identify and prevent potential terrorists from boarding aircraft is step number one. Technology-based answers are simply not enough. And the objections voiced by CAIR be damned !

Americans are entitled to fly safely and without intrusive and clumsy body searches now being performed by TSA that achieve little other than embarrassment on the part of the travelers as well as the TSA agent.

And air travel for all Americans, including American Muslims could be more safe and efficient, instead of cumbersome and ham-handed as it is currently under the control of the Transportation Security Administration.