Donald Lambro
|
Posted: Apr 08, 2016 12:01 AM
Share   Tweet
The opinions expressed by columnists are their own and do not necessarily represent the views of Townhall.com. 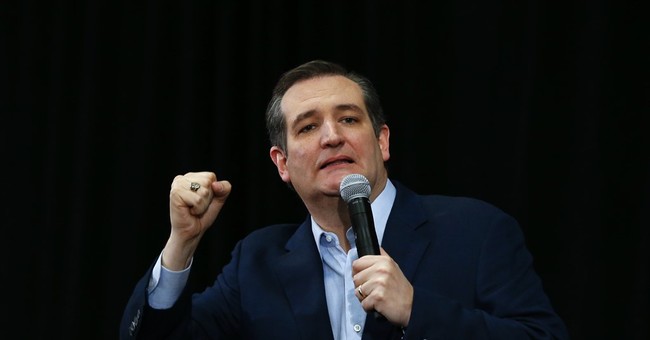 It's becoming increasingly likely that the 2016 race for the Republican presidential nomination will be settled at a brokered convention in Cleveland.

A growing group of senior party leaders and Republican funders, who think either Donald Trump or Ted Cruz would ensure a Democratic victory in November, say they want a "third choice" when their party gathers in July to pick a candidate who can beat Hillary Clinton in November.

Trump has already raised that possibility, warning last month, or perhaps threatening, that there would be "riots" if he's denied the nomination by a convention determined to stop his candidacy.

But as the nomination contest has come down to just two men who many Republicans fear would divide the GOP and threaten its majority in Congress, a brokered scenario is now the No. 1 issue being discussed in the GOP's high command.

Preparations for that eventuality took on new life in the wake of the Wisconsin primary when Cruz decisively beat Trump, badly wounding the billionaire real estate mogul's seemingly unstoppable march to the nomination.

When the smoke cleared from that battle and exit polls were studied, the outcome was less a vote of approval for Cruz's hard-line agenda and more of a "stop Trump" vote.

Back-room discussions have been going on for weeks as Trump's candidacy seemed to be gaining strength. But that view dimmed somewhat in a series of mistake-prone interviews that revealed he did not know what he was talking about on defense, foreign policy, trade and a host of other issues. His unfavorable polls shot up, showing that a growing numbers of voters found his candidacy "frightening" or downright "scary."

One Trump remark that proved the most damaging was when he was asked, if abortions were ruled illegal, should women be punished for having them? He stumbled in an attempt to figure out his answer, then blurted out that they should be punished. Later, he attempted to retract his blunder, but it was too late.

It was the most stunning realization that he wasn't fluent in many of the most profound issues of the campaign and was "winging it" as he went along.

Fact-checkers have had a field day going over his wildly inaccurate statistics. He recently said that the United States is spending "billions and billions" on NATO defenses that, irrationally, he wants to cut back. The Defense Department puts the figure at $500 million.

Cruz was basking in the glow of his Wisconsin victory Tuesday night, but there was no response from the GOP's senior leadership to get behind his call for party unity and embrace his candidacy.

Cruz has built a reputation in the Senate over the past three years as a nasty, divisive bomb-thrower who is seen in the party's highest councils as just as bad as Trump, if not worse.

Everything you'd want to know about Ted Cruz was encapsulated in a Washington Post headline Thursday: "After years of burning bridges, Cruz struggles to prove he can build them, too."

He began his "holier than thou" Senate career with a grandstanding filibuster during which he read a nighttime Dr. Seuss story to his children. Then he shredded age-old Senate decorum by attacking Senate Majority Leader Mitch McConnell during floor debate, calling him "a liar."

That made him a political leper in that body, and is one of the chief reasons why just two little-known senators are backing him. In "a chamber where Cruz has irked his colleagues, the firebrand Texan is proving to be a hard sell," the Post said.

Little wonder that in the GOP's nominating contest, in which the front-runner is hated by women voters, and the runner-up is hated in Congress, many Republicans are looking for someone else to carry the party's banner.

"I think stopping Donald Trump has got to be the No. 1 goal, and to rally around Ted Cruz in these future primaries I think is important," billionaire Republican donor Frank VanderSloot, who backed Marco Rubio, told the Post. "But neither I nor very many of the people I know are enamored with Ted Cruz, and I think that everyone is hoping it is a brokered convention where we can have a third choice," he said.

This seems to sum up the mood of many Republicans, and party officials are now acknowledging that there could very well be a contested convention over a third choice.

Republican Party Chairman Reince Priebus, who once believed that a brokered convention was "highly unlikely," is making the rounds of TV talk shows saying it's possible. And, he adds, there's "nothing nefarious" about one.

That's certainly what Ohio Gov. John Kasich is hoping and planning on as he struggles in third place, promising to go all the way to the convention, just in case. That's why Florida Sen. Marco Rubio, who suspended his campaign, is also holding on to his delegates.

Despite Trump's threats of riots, Donald Devine, a veteran GOP strategist, reminds us that his "opponents have more first ballot delegates than" he does: 831 versus 743. In a widely read party strategy memo, Devine points out that it's the delegates, not the number of primary votes, who count in a brokered convention.

He notes that "Trump has yet to win a majority vote in any state," then adds: "If (his opponents) get together, they will defeat him."