Rule No. 1 For Picking the GOP's Presidential Nominee: This Is No Time For On-the-Job Training 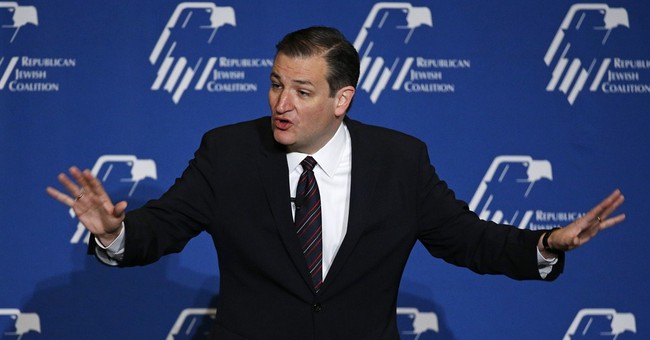 Do any of them believe they have a serious chance of winning the nomination and the presidency in a political process that usually rewards high-profile figures who are widely known among the broad base of their party?

There are exceptions to this rule, but more often than not, people with White House ambitions who have beaten the competition and won the highest office in the land had been working toward it for a long time.

Consider Ronald Reagan who devoted years to the chicken dinner circuit, giving inspiring speeches across the country long before he won California's governorship and went on to capture the presidency.

Not only was he widely known among his party's rank and file, but also among untold millions of Americans who had been listening to him on the radio for years.

In 1976, when he came within an eyelash of beating President Gerald Ford for the nomination, they had been hearing his five-days-a-week, radio commentaries over hundreds of stations.

Washington's campaign reporters thought of him as little more than a right wing, former actor, largely unaware that he was being heard by farmers across rural America, a lot of truck drivers and many more from coast to coast.

When he won the nomination in 1980 and went on to defeat Jimmy Carter, he had run the nation's most populous state for two terms and was clearly ready to lead the country.

That's the kind of job preparation our political process demanded then, as it did for others before and after that.

This week, Ben Carson, a brilliant former brain surgeon and a charismatic speaker, threw his hat in the ring, along with Carly Fiorina, who led Hewlett-Packard for six years as its CEO.

Carson has drawn his share of supporters as he's gone about the country, though he is hardly a household name. Fewer Americans know Carly Fiorina.

Recent polls show Carson has the support of 6 percent of GOP voters. Firorina draws only 1 percent.

Both can deliver inspiring speeches about how they've overcome huge obstacles in their lives to rise to the peak of their professions. But neither of them stand a chance of winning the nomination.

They have no serious campaign organization to speak of, nor well-known, high level advisers on their team. They are largely unknown to the broader electorate.

They're not the only ones. At least three GOP senators are in the race, all of them early in their first term: Ted Cruz of Texas, who is electrifying audiences with fire breathing oratory; Rand Paul of Kentucky, an eye surgeon; and Marco Rubio of Florida, the son of Cuban immigrants.

Even though none of them have completed their first term yet, they believe they're fully prepared to be chief executive of the government, run the country and lead the Free World.

That's more than a bit of stretch, wouldn't you say?

Looming over the 2015-16 presidential election cycle is the fact that Barack Obama served less than four years in the Senate (most of it campaigning around the country) before he resigned his seat in November, 2008 to prepare for the presidency.

And we know how that turned out, don't we?

The result is that voters are, I hope, far more attuned to the issue of experience, or lack thereof, because they've had to endure its painful short-comings.

The people who voted for him were mesmerized by his teleprompter oratory, believing he was equipped to lead the country. But many became sorely disappointed when the lackluster, underperforming recovery dragged on year after year.

So here we are, nearly six and a half years later, with an economy that virtually stopped growing in the first three months (0.2 percent), the stock market in decline, gas prices rising and the voters in a sour mood about the country's direction.

The Gallup Poll reported this Tuesday that economic confidence among Americans was "down sharply last week."

"Gallup's Economic Confidence Index was -9 for the week ending May 3 -- its lowest weekly score since December," the pollsters said. "This reflected a six-point decline from the previous week, and is the largest week-to-week drop since last July."

What this tells me is that our country needs someone with executive experience who knows how to strengthen our economy, create jobs, boost incomes, and slash our debt-ridden budget.

The GOP candidates who know how to do this are the ones who are governors who have run state economies, slashed unemployment and pruned their budgets.

Walker took a high-unemployment economy and cut the the jobless rate down to 4.6 percent, turned a $3.6 billion deficit into a $911 million surplus, cut taxes and raised per-capita incomes.

Kasich turned around Ohio's shattered economy by boosting investment, growth and new job creation. The state unemployment rate there at a 5.1 percent low.

Washington is a mess. The economy remains weak, wages are flat, the budget is up to its neck in debt, and the government is badly in need of experienced, executive leadership.

We can no longer afford to offer the next president on-the-job training.