Devon Herrick
|
Posted: Apr 06, 2016 10:19 AM
Share   Tweet
The opinions expressed by columnists are their own and do not necessarily represent the views of Townhall.com. 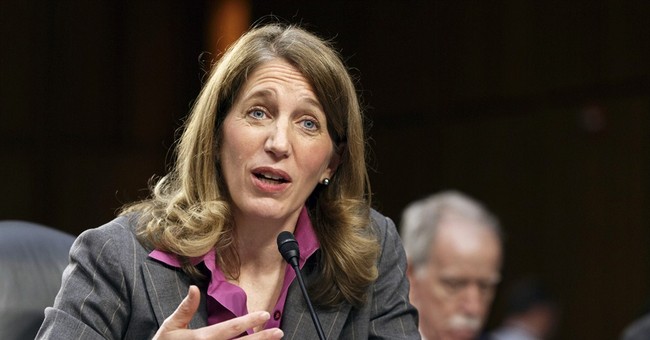 I have written ad nauseam about how the Unaffordable Care Act has killed off affordable health plans. The Obamacare exchange system has turned into a high-risk pool for people who are older, sicker and poorer than the average. As a result, insurers are hemorrhaging money to the tune of hundreds of millions per year. The exchange system is so unstable that in an attempt to avoid collapse, the Obama Administration is looking for ways to have taxpayers absorb some of the industry’s bad debts.

Exchange plans are a bad deal for most Americans by design. Middle-class Americans cannot afford exchange coverage; about 82 percent of Obamacare enrollees are those who receive subsidies. This figure is likely to climb to 100 percent within a few years. Bronze plans with deductibles of $6,000 to $7,000 come with premiums of $5,000 to $6,000 annually – and those amounts double for a family.

The cost of coverage is high, and it fails to cover the average family’s medical bills. Most families enrolled in Obamacare are paying virtually all their medical bills out of pocket. It’s a major problem for the health care industry. The New York Times recently ran a story about the plight of families bankrupted by huge medical bills, despite having health coverage. The stock prices of for-profit hospitals are way down, because many Americans are having problems paying their share of hospital bills. Patients who require hospital stays blow through their high deductibles in a day or two. Many cannot cough up $5,000 to cover their share of charges under the deducible. Physicians usually do not know whether their patients have met their deductibles until they bill an insurer. By that time, patients have left the office and doctors have a harder time collecting from patients.

Premiums will rise further next year. That’s old news -- but it can get worse. Next year, many Americans will likely pay costs 66-80 percent higher before their deductibles are met. Here’s the deal: over at National Review, “Mr. HSA” Roy Ramthun sounded the warning that the Department of Health and Human Services (HHS) is out to kill HSAs in the exchange plans. Ramthun was President Bush’s health advisor, and a Treasury official who helped implement health savings accounts (HSAs) after Bush signed them into law back in 2003.

HHS issued regulations in March that attempt to standardize benefits (within plan tiers) for plans qualifying to be offered in the state and federal exchanges. Buried in the 500-page document -- that was released without fanfare -- Ramthun discovered that exchange plans must have deductibles and out-of-pocket limits that likely precludes them from being HSA-eligible. In addition, exchange plans must cover some services below the deductible that violate Treasury rules on HSA eligibility.

The Internal Revenue Service (IRS) has yet to issue its own rules on eligible deductibles and out-of-pocket limits for 2017. But since by law these are only supposed to be adjusted for consumer inflation, the IRS doesn’t have much leeway to make exchange plans HSA-compliant (that’s HHS’ job). Currently, only about 19 percent of exchange plan are HSA–eligible, even though most have high deductibles. This is due to covered services before the deductible is met that run afoul of Treasury regulations. For reasons only HHS knows, the remaining 19 percent will likely lose HSA compatibility as early as 2017.

In my experience, health plans in the individual market will begin to mirror plans in the exchange over time. It remains to be seen whether the deductibles and out-of-pocket limits for individual plans outside the exchanges will also rise above HSA limits. Many of the people who dislike HSAs claim that HSAs only benefit healthy/wealthy people. If that is true, it makes little sense to enact regulations that ban HSAs from the exchange, since health is highly correlated with wealth. Healthy people are what exchange plans want to attract. Moreover, middle-class people with the high deductibles like those found in the exchange need a way to save for medical bills.

If there were ever a reason for the Administration to promote HSAs, it would be the outrageous costs of medical care when insured by an exchange plan. Small businesses and families with individual medical coverage were early adopters of HSAs. My employer has offered HSAs for nearly a decade. I pay for all my medical bills with my HSA.

About 20 million people have an HSA and millions more have a health reimbursement account (HRA). It’s probably safe to say that more than 30 million individuals have access to either an HSA or an HRA. The firm, Devenir, forecasts around $50 billion in HSA deposits by 2018 -- up from $30 billion today. Many experts believe most employer plans will ultimately move to HSAs. That apparently bothers the Obama Administration.