The Candidates Should Have Real Debates

Derek Hunter
|
Posted: Oct 19, 2020 12:01 AM
Share   Tweet
The opinions expressed by columnists are their own and do not necessarily represent the views of Townhall.com. 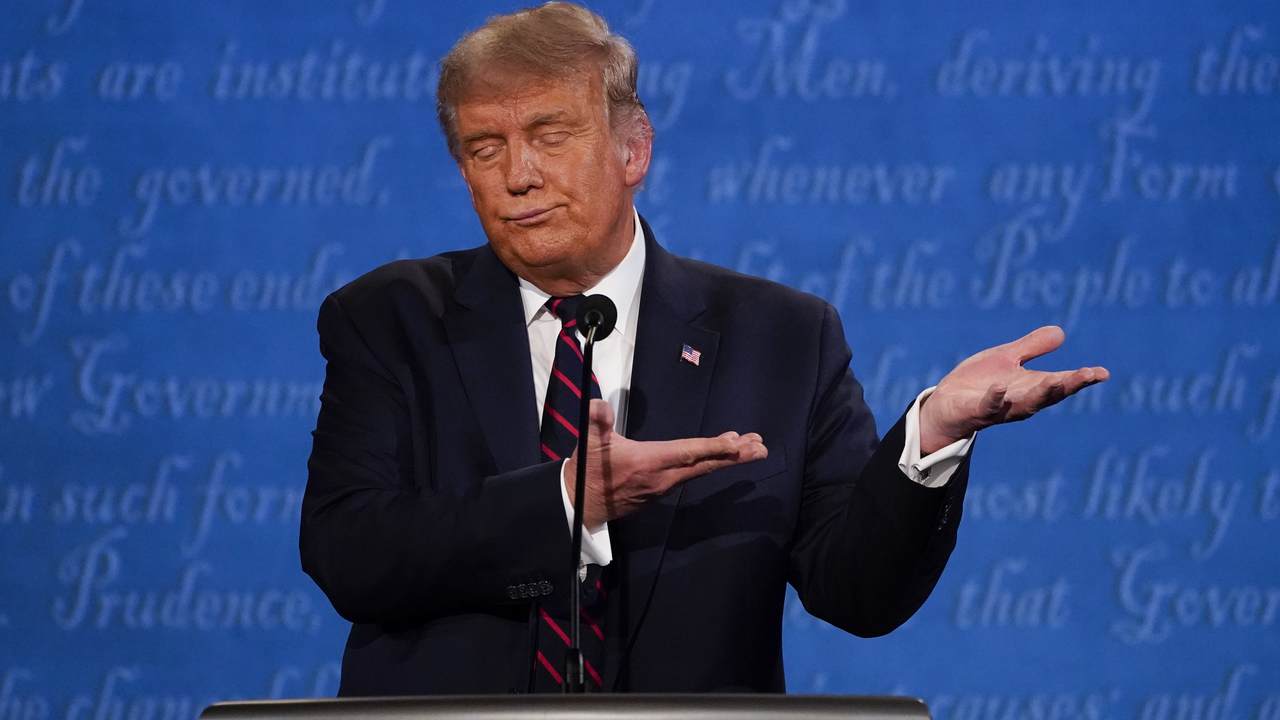 The debates, is as much as you can call what we’ve had so far this year “debates,” have been a waste of time. Chris Wallace a joke, Susan Page left the tough questions at home, Steve Scully exposed himself as what we all knew he was. And the final “moderator” is shaping up to be just as bad as all the others. It’s time to get rid of the Commission on Presidential Debates.

The Commission was founded in 1988 “for the benefit of the American electorate,” according to their website. Do you feel benefitted? Have you ever?

The Commission’s board members are a group of politicos raging in ideology from liberal Democrats and liberal Republicans. Their “honorary co-chairs” are all former presidents, except for Bill Clinton (presumably because his wife ran in 2016), and still lists Gerald Ford and Ronald Reagan, who both died more than a decade ago. That’s an indication how out-of-date the organization is.

Simply because something has always been is no reason to keep it that way. If the Commission were doing a good job, this wouldn’t be an issue. It’s not.

Moderator choice is the main function of the CPD, and that’s where they fail miserably. It would be embarrassing and ruin them, if they were a private company subject to market forces. But they’re a monopoly, subject only to the whims of the inside the beltway set. That one of the moderators actively debated the President of the United States while tossing softballs to Joe Biden shows they’re so marinated in “conventional wisdom” they aren’t even aware of it anymore.

Another choice, Susan Page, didn’t even bother to ask about the biggest issue at the time of the vice residential debate: court packing. She was better than Wallace, but an empty bucket would have been.

For the second presidential debate, the CPD tapped CSPAN’s Steve Scully. Everyone in media swore Scully was the perfect choice, no more unbiased, honest journalists existed on the planet, they said. Never mind the fact that he’d interned for Joe Biden, one of the participants, and Ted Kennedy, and at the time of his internship it didn’t get any more liberal than Ted Kennedy in the Senate.

How could an organization that even claims to be non-partisan pick someone so obviously compromised to be the moderator of a debate? It’s not that Scully is a committed leftist, though he is, it’s the appearance of bias that should have prevented him from being chosen. Another year, a different Democrat, one he didn’t work for, he would’ve been as good of a choice as anyone else. But this wasn’t a different year with a different Democrat. It is 2020 and Joe Biden is the Democratic nominee. Steve Scully had no business being a moderator.

The choice of Scully showed just how insulated and out of touch the Commission on Presidential Debates is. Scully eventually blew up, of his own doing, because he lied. After being caught seeking advice on how to handle President Trump from one of the biggest Trump-haters online, he lied about his account being hacked. Everyone, even so-called conservative journalists, vouched for Scully. “If he says he was hacked, he was hacked,” was the standard line.

Last week, Scully admitted he made the whole thing up. He’s been suspended indefinitely from CSPAN and, while I don’t like to see anyone lose their job, he should be fired. All anyone in his position has going for them is their word, and he dissolved it in a stupid lie. But he never should have been in that position. He never should have been chosen. He was the beltway choice, the insider choice. And the rest of the country is not inside the beltway.

The moderator for last debate, scheduled for Thursday, Kristen Welker from NBC News, has her own bias baggage. Her topic selection shows a bias too. Climate change polls lower than toenail fungus on the list of concerns for voters, but is an obsession for the left. Naturally, it’s on the list.

Is there no one in journalism capable of simply getting out of the way of candidates and letting them talk to each other and us? The CPD can’t, and for that they should be dissolved. The parties should decide who moderates the debates and how many there are. Three is a good number, and two moderators with one each chosen by the campaigns. Alternating questions to candidates – one friendly, one not – from each moderator would be much better than what we have now. No candidate should get a pass on anything simply because one person with their personal biases doesn’t think a topic matters.

The public can decide what they think matters in a debate, not someone chosen by elitists with their agendas. Return the debates to the parties, therefore to the people. Decommission the Commission on Presidential Debates.