Derek Hunter
|
Posted: Jun 23, 2016 12:01 AM
Share   Tweet
The opinions expressed by columnists are their own and do not necessarily represent the views of Townhall.com. 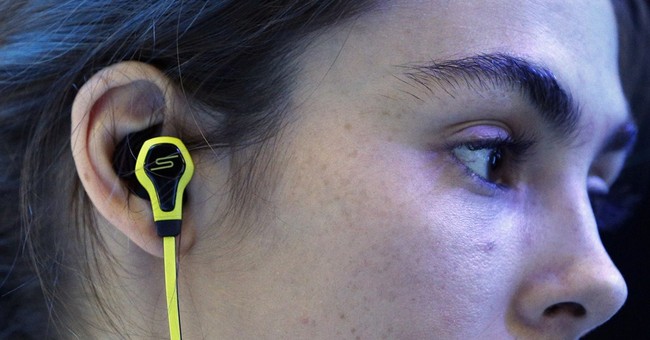 In the movie “High Fidelity,” John Cusack’s character owns a record store in Chicago. In one scene he turns off a mix tape made by one of his employees because it’s too loud and in your face. When the employee says he should go back and play Cusack’s “old sad bastard music,” Cusack replies, “I don’t wanna hear old sad bastard music, Barry, I just want something I can ignore.”

That’s really what most of the music in our lives is – something you don’t realize is there, but you’d miss it if it were gone. And if some music publishers have their way, that music we “ignore” will be gone, and you’ll likely notice its absence.

On May 12, the Department of Justice settled a dispute with the American Society of Composers (ASCAP) for $1.75 million. That case revolved around the claim that “ASCAP violated a court-ordered consent decree designed to prevent anticompetitive effects arising from its collective licensing of music performance rights.” The consent decree was a court-approved agreement entered into in 1941 with ASCAP and BMI (Broadcast, Music, Inc.) to prevent anti-competitive behavior by these large music distributors.

After settling this dispute, ASCAP has resumed efforts to pressure the Justice Department to loosen the consent decrees’ anticompetitive constraints. In other words, ASCAP and others in the music industry want the ability to obtain higher fees through market power. A narrowing of the consent decree will harm consumers. If you listen to Pandora music online or like to sample different stations, then you will feel the pinch if Justice allows the market to be manipulated by a few dominant publishers. You either will pay more in cash or hear more advertisements, or your streaming services may just go away.

No one is saying composers shouldn’t be paid for their work. And all recent press reports suggest royalty collections are at an all-time high. If the actual creators are not sharing in the windfall, that begs the question, where is the money going?

The Justice Department’s review of the antitrust consent decrees governing both ASCAP and Broadcast Music, Inc., is in its second year, and serious concerns remain. In addition to the Justice fine against ASCAP, the federal courts have rejected attempts to circumvent the consent decrees, highlighting collusion and other anticompetitive actions.

Yet, as with everything in Washington, the next step is a second bite of the apple – legislation with an impossibly convenient-sounding name.

That second bite at the apple in this case is called the Songwriters Equity Act. Sounds friendly, doesn’t it? Who doesn’t support “equity”? Only this law has nothing to do with equity.

Forbes reports the Songwriters Equity Act is really “a work around to squeeze the inequitable rate increases that the current consent decrees have forbidden. The bill would increase costs for millions of businesses from radio stations to restaurants and from retail stores to coffee shops. It would mean a lot of money for publishing companies, but, despite the bill’s name, little to help songwriters.

Nothing in Washington is ever over … especially when so much money is at stake and politicians are involved. If at first you don’t succeed…hire more lobbyists.

Imagine a nice restaurant where you hear only the sounds of silverware scraping plates, glasses clanging and people chewing. Or a bar with nothing to drown the desperate pick-up lines or distract from the vapid, drunken conversations we all hope to avoid. Or worse, imagine everyone hearing any or all of those sounds coming from you.

We take music for granted more often than we enjoy it. However we consume it, it is such an integral part of our lives we really do notice it when it’s gone.

And that is the bigger point. This fight is an expensive legal war between the elites and insiders in Washington, D.C., but most Americans will not even notice until it is too late. Not many people know about ASCAP and what it does, yet everyone enjoys music.

When people notice that there is no music playing when they are shopping at the mall or when they are eating somewhere, then they will get angry and want to know why.