The Refugee Crisis Presents An Opportunity, As Long As The West Doesn’t Blow It 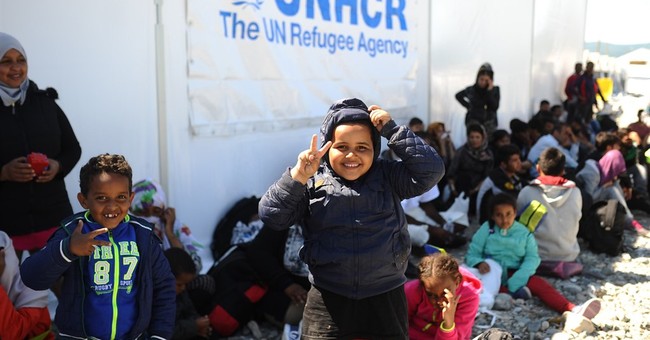 President Obama’s foreign policy has not only been a disaster, it’s been a disgrace. The man who campaigned to “restore America’s image abroad” has utterly failed to do so. Not even Iran views the United States more favorably since he came into office, and he sent the Iranians $150 billion in terrorism funding and permission to build a nuclear bomb. He calls it legacy building; the Mullahs call it capitulation. They love that we capitulated, but they still hate us.

Elsewhere in the Middle East, ISIS is spreading like a cold on a plane. Meanwhile the intelligence reports on the ISIS march are being cooked so as to not contradict the decrees of the president. If President Obama decided the sun rises in the west, someone in the White House would demand Earth’s rotation be reversed.

In spite of the president’s desires, the situation in the Middle East remains a disaster.

When Obama pulled all US troops out of an unstable Iraq over a campaign pledge to his extreme base, he ignored the best interests of national and world security. With no counterbalance, and a meaningless red line crossed, radical Muslims were emboldened and empowered. Countless lives lost later, anarchy and evil reign.

ISIS was allowed to grow and thrive because the idea of admitting it was growing and thriving was just too unappealing to this administration. Now a few tens of thousands of terrorists are driving millions from their homes.

This refugee crisis is, in large part, the fault of the president’s unwillingness to lead and to acknowledge the threat Islamic terrorism poses to the civilized world. He can’t be expected to fight it when he can’t bring himself to properly speak of it.

Much of the blame for the refugee crisis lies at 1600 Pennsylvania Ave., but some lies with the refugees themselves. Millions of refugees, 72 percent of whom are men, have fled somewhere in the neighborhood of 40,000 ISIS fighters. Why?

What responsibility do the refugees have to defend themselves and their homeland? Some, at a minimum, though much more in reality.

Rather than making arrangements to absorb and financially support those fleeing ISIS, they should be armed and their march reversed.

We’ve heard for decades how the United States can’t be the world’s police force; neither can it be its lifeboat. The same goes for Western Europe.

When a country goes to hell, it is the responsibility of its citizens to correct it. The world can and should help, but the ultimate responsibility does not abate. The citizens of Syria and the Middle East in general have chosen to cede their responsibility to others, to wrap themselves in the West. It should not be allowed to happen.

When we were colonies, our Founding Fathers faced a similar choice, though with a much less bloodthirsty foe. The British monarchy was tyrannical, just as ISIS is, but unlike ISIS, it wasn’t enacting genocide. With less of a threat but just as much to lose, the colonists fought for their liberty. Outnumbered and outgunned, they risked everything so their fellow countrymen might be free. That should be the example for these refugees.

They need to be armed and supported from the air, something the president doesn’t have the intestinal fortitude to do but Europe may. Were nearly any other person president, the concept of aiding in the fight against unadulterated evil wouldn’t require discussion. A true leader would rally the free nations of the world to the cause of crushing the wicked. But we don’t have a true leader; we have an occupant.

As such, this is an opportunity for a new leader to emerge on the world stage. England, German, France, now is your time. To one degree or another, you’ve always resented American dominance. Step up.

It is an unfortunate truth that Barack Obama is not your ally in the cause of liberty and justice, but he will be only a verbal and inconsequential foe. Learn what the despots of the world have learned – the current president of the United States will not have your back, but he won’t stop you from acting either.

He may give a speech, maybe make a phone call. But his quiver only contains the weapons of a community organizer. His words ultimately are all he has, and we’ve heard them all before. It’s time for someone else to lead, at least until he’s gone.

The United States will regain its position as the leader of the free world eventually. Until then the man who wanted to “fundamentally transform” the country will be content to offer our tax dollars to un-vetted, foreign nationals without addressing the cause of their need. But confronting and destroying the cause of their need is the best way, the only way, to ensure that need ends.

Refugees exponentially outnumber the ISIS army they seek to escape, but asylum should not be granted. They have a homeland, and they should be aided and encouraged to reclaim it and their religion from those who would destroy both.