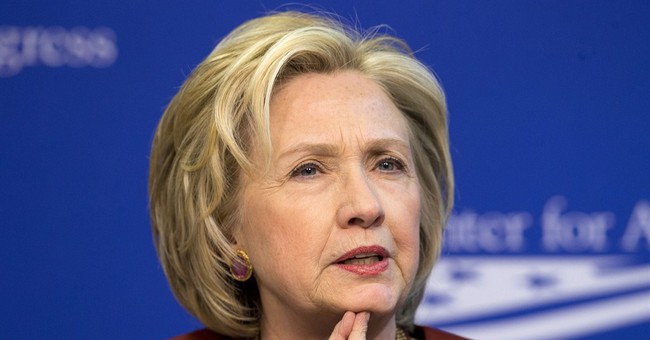 You are going to hear a lot about money in politics in the coming year and a half. Not just the amounts of donations to various campaigns and Super PACs, but about the very concept of money in politics.

It’s evil, they’ll say. It’s corrupting. But it’s not, not even a little. Hillary Clinton, laughably, made her call to limit “dark money” known long before the Clinton Foundation admitted it had to refile at least five years’ worth of taxes because of a failure to disclose millions in “donations.”

But money is necessary for candidates to get out their message. Even advocates for public financing of campaigns admit this. They just don’t like the sources of that money.

But the problem with the sources tends to be political. If you disagree with the position of a person or a company, you generally will see the money as corrupting. It’s akin to the word “lobbyist.”

Dictionary.com defines “lobbyist” as “a person who tries to influence legislation on behalf of a special interest.” But in popular culture and the media, the word is a dirty synonym for corruption.

Movies portray lobbyists as slimy people who bribe public officials to advance their often evil agenda, and sometimes that is the case. Yet most of what lobbyists actually do is much less nefarious.

But when people use the word “lobbyist” in a negative way, what they are really saying is the person advocates for a position with which they disagree. If they do agree, then the person is called not a lobbyist but an advocate.

Businesses have “lobbyists;” environmental groups have “advocates.” They both want the same thing – government money, favorable laws or regulations that hurt their competitors but not them. The only difference is one does so for profit, the other for a cause. Both groups make good livings off their work and command lots of money for candidates who help them.

There is no practical difference between entrepreneurs lobbying for subsidies for their companies and unions lobbying against “right-to-work” legislation. Both, if successful, end up with more money in their coffers than they otherwise would have had, and both offer money for candidates who support their ends.

That they would fight for their will to be imposed is not a surprise when you consider just how important and lucrative being on the “good side” of government is. Government controls not only the almost $4 trillion it spends annually, but has dominion, to one degree or another, over the entire economy.

Subsidies give money directly to industries and organizations; laws and regulations protect them from new or contrary competitors, and through the tax code they are all rewarded for government-favored behavior.

Money in politics isn’t the problem. With so much on the line, patronage will always find a way. The real problem is the politics in so much of the money.

A pile of money offered for action is only a pile of money. It becomes a bribe when it is accepted. People of good character not only will walk away from that money, they will turn in the person who made the offer for attempted bribery.

Our government lacks enough people of good character to not only walk away and turn in the offenders, but to work to limit the pool of power and money for which the bribe was made in the first place.

No, money isn’t the problem in politics, it’s a symptom. The problem is what was meant to be a constitutionally limited government allowed to do only a few specific things has grown into a leviathan picking winners and losers, breathing life into or sucking it out of whatever it looks upon favorably or unfavorably at any given time.

Removing or limiting political donations won’t fix that problem. It won’t stop government largess from seeping into aspects of Americans’ lives in which it is constitutionally forbidden.

Sunlight is the only way to illuminate “dark money,” as the Clinton family is learning. And there are unlimited shadows created by an ever-expanding government. If you want money out of politics, get politics out of money. Unfortunately those shadows are why many people get into politics in the first place. Especially, it seems, those who rail against it the loudest.