The Problem With The Right Part 2 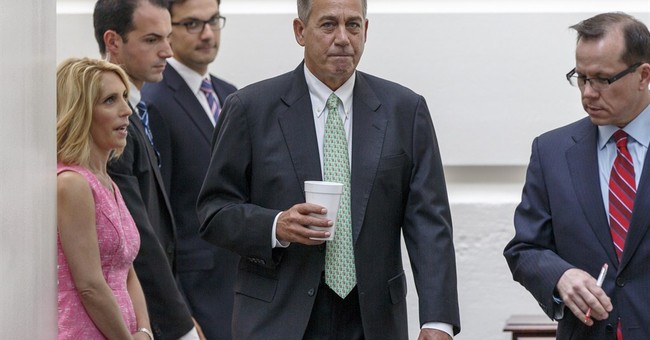 On Thursday, I started a column about the problems of the political right, but there are too many to cover in one column, so here we are again.

I recognize there are major differences between the various factions of the political right – social conservatives, fiscal conservatives, national security conservatives, Tea Partiers, etc. – and all bleed into each other to varying degrees. Each has its problems and strengths. But for purposes of brevity I will just refer to them all nebulously as “Republicans.” It may irritate some, but tough. This is about politics, not pandering.

Now that that’s out of the way…

Aside from simply being awful at conveying ideals and principles most Americans share in a way those Americans can understand, Republicans tend to get knotted up in irrelevancies when it comes to electoral politics.

If you weren’t already angry with me, just hold on.

Republicans spend an awful lot of time talking about issues most Americans don’t care about – especially in a horrible economy – or government isn’t going to do anything about.

Take gay marriage. Most Republicans oppose it, but they could not pass an amendment when they had Congress and public opinion on their side. Now, they have neither, and progressives have outmaneuvered them and, yet again, obtained their objectives through the courts.

Without that amendment, the gay marriage debate is over. You don’t have to accept it or endorse it or be the least bit happy about it. But talking about it in the political arena serves no purpose other than to turn off voters who could make the difference in the next election. We need to move on.

It’s a similar situation with abortion. A solid 20 percent of people say they determine their votes based on this issue. And polls show most people are open to limits or bans on abortion or restrictions that make them harder to obtain.

On Thursday, I asked when was the last time a Republican candidate made you laugh with them rather than at them? Today, I ask: When is the last time you heard of people changing their position on abortion because of something a candidate or commenter on an Internet post said?

So, take your state-level victories where you can find them. But keep in mind you’re spending a lot of time and energy talking about an issue that won’t change one mind, and you’re opening yourself up to a media minefield of questions about exemptions, rape and all the other irrelevant things used to distract voters from the issues they really do base their votes on.

You’re a Republican, so it’s a pretty good assumption you’re pro-life. We get it. But what are you going to do about? George W. Bush, arguably the most pro-life president since Roe v. Wade, spent eight years in the White House and changed almost nothing about abortion. You, Mr. or Ms. Candidate or Activist, won’t either.

Yes, this is a deeply held belief. It springs from the bottom of your religious, cultural and moral soul. But so are other things you believe in and want to fight for. Fight for them. Don’t get distracted. Don’t empower your opponents in the media and on the ballot to choose the field of battle.

When you’re asked the inevitable questions on this, simply say “Everyone knows where I stand on this, it’s not a mystery. But I’m focused on creating jobs. And here’s what I will do to create jobs…” When they circle back, because they always do, you say, “Again, I know you want to talk about other issues because you don’t want to talk about the economy and jobs, but I’m running because we need to revitalize our economy and get Americans working again.”

The other side will beat you over the head with it, but don’t take the bait. Simply ignore the question and talk to the people about their top priorities. Remember: You can’t do anything to help the pro-life cause, or the economy, or our foreign policy, or eliminating Obamacare until you get elected.

This is not a plea to lie or change what you believe. It is advice on how to win an election. Barack Obama and a great many Democrats win elections because they do lie; they sound conservative when they’re campaigning, then govern like the fascistic progressives they are.

That’s because Republicans follow the media’s lead down an irrelevant path and lose voters. Unemployment is through the roof, millions of Americans have given up hope of finding work, and you’re talking about gay marriage? Or abortion? That’s not going to pay anyone’s mortgage or feed anyone’s family. The other guys are talking about jobs. They’re always either lying or wrong, but at least they’re talking about it.

How the media portrays you is unfair and it’s a fraud. But it’s also how a great many voters perceive you because they get their knowledge from the media. So you’re seen as someone who is obsessed with something that may make the top 10 list of concerns but does not influence their vote. And if you don’t get their vote, nothing else matters.

I may have been harsh, and you may be really ticked off at me right now, but I’m right. You can have the best ideas in the world, but if you keep them to yourself it doesn’t matter. If you do not win elections, nothing else matters. And the way to win elections is to think, act and speak strategically.

There are many more problems with the right – charlatans, self-enriching so-called “Tea Party” groups, the in-fighting for credit at the expense of victory – all play a role. But if you can’t convey a clear, easy-to-digest conservative message, and stick to the issues on the top of voters’ concerns, you will lose. We will lose. The country will lose. And, as we’ve seen in recent months, the whole world will lose.

WATCH: Biden Is Ron Burgundy, Will Read Anything on a Teleprompter