Note to the Left: Four Years Ago, Conservatives Were Just as Depressed

Dennis Prager  |  Feb 14, 2017
The opinions expressed by columnists are their own and do not necessarily represent the views of Townhall.com.
Top Columns
Trending on Townhall Media 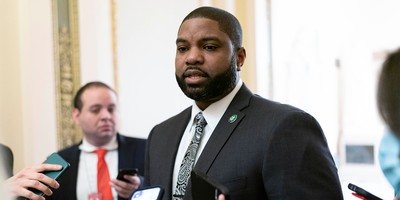 Here's a news flash for Democrats and other Americans on the left: Four years ago, when Barack Obama was re-elected president, conservatives were just as depressed as you are now that Hillary Clinton lost and Donald Trump won.

I describe this as news because this undoubtedly surprises many of you. You probably never gave a moment's thought to how depressed conservatives were in 2012. (Why would you? Unlike you, we shun hysteria.) But believe me -- we were.

Many of us believed that President Obama was doing great damage to America. Now we are convinced that he did more damage to America domestically, to America's position the world and to the world at large than any other two-term president. He left office with racial tensions -- many of which he exacerbated -- greater than at any time since the civil rights era half a century ago. He left the world's worst regimes -- Iran, China, Russia, North Korea and radical Islamist terror groups -- stronger and more aggressive than before he became president. Economic growth never rose above 3 percent, a first for a two-term president. He nearly doubled the national debt and had little to nothing to show for it. Obamacare hurt more people financially than it helped medically, including physicians. More people than ever are on government aid. The list is far longer than this.

Moreover, just like most Democrats in 2016, most Republicans in 2012 expected to win.

The depression among conservatives was palpable. To cite only my own experience, I turned the television off on election night. It was too painful to watch. Instead, I played hearts on the computer and listened to Strauss's "Death and Transfiguration" to lighten the mood.

But why does the level of conservative despair four years ago come as a surprise to Americans on the left?

First, unlike much of the left, most conservatives handle despair like mature adults. Most obviously, we didn't riot. In fact, in America, rioting -- not to mention shutting down highways and airports, taking over college offices and protesting at peoples' homes -- is a monopoly of the left.

Nor did we allow our conservative children to take a day off from school to demonstrate.

Nor did conservative teachers preach opposition to Obama in their classrooms.

Nor did we print posters with the words "Not My President."

The second reason is that we know you, but you don't know us.

You read, listen to, watch, socialize with and study under leftists. Only if you are stuck with some immediate relatives who aren't on the left do you encounter a nonleftist (let alone a nonleftist idea). Therefore, there is no way you would know how painful it was for conservatives during that time. While liberals feel free to express their emotions and opinions to anyone, anywhere, any time, conservatives, especially those who voted for Trump, live like Marranos.

The Marranos were Jews living in Spain or Portugal during the Spanish Inquisition in the 1400s who lived like Christians but secretly practiced Judaism. That is how most Trump voters have been forced to live. They live like most people and hide their identity as Trump voters, lest they lose their job, their business, their relatives, their friends and/or their good name.

"I began having gay relationships at 25 but remained closeted. I hated lying to people, but in the 1980s and '90s I feared that coming out would estrange me from family and damage my career. Similarly, I now find creative ways to avoid answering whether I voted for Donald Trump. This may be hard for some to believe, but watching protesters today call Trump supporters racists and bigots has been nearly as distressing as being told to 'die in hell, (vulgarity)' 30 years ago. ... I am as afraid about acknowledging that I voted for Mr. Trump today as I was about being gay yesterday. There seems to be as little understanding of my political views as there was about my sexual orientation."

Leftists' pain is not one whit greater than that of conservatives four years ago. But many of them can't handle pain nearly as well. If they could, they'd be grown-ups and no longer on the left.