Why Don't Republicans Identify What They Are Fighting? 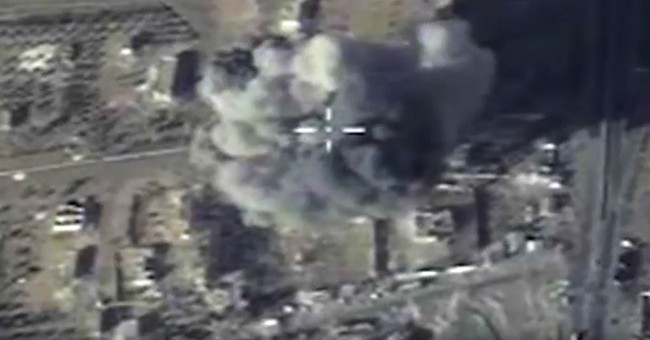 American conservatives are rightfully annoyed with the Obama administration, and Democrats generally, for refusing to name radical Islam or Islamism as the major source of terror.

When Nidal Hasan murdered 13 fellow soldiers at Fort Hood ,the administration refused to label the mass murder -- committed by a Muslim in the name of Islam -- an act of Islamist terror, or even terror at all. Instead it was officially declared a "workplace shooting."

And when President Obama convened an international conference on terror, he refused to include the word "terror" or any form of the word "Islamist" in the title. Instead the conference -- which took place a month after the Islamists' massacre of the Charlie Hebdo writers and editors and Jews at a Paris shop -- was ridiculously named "The White House Summit on Countering Violent Extremism."

But conservatives and Republicans do the same thing. They, too, almost never identify what they are fighting -- namely, leftism and the left. (Note to left-wing websites that monitor conservative writings: This is not a comparison of the left with Islamic terrorists; it is about not naming an ideological foe.)

Republicans -- from the highest ranking politicians to rank and file members of the party -- fight Barack Obama, Nancy Pelosi, Harry Reid, Hillary Clinton and all other Democrats. But they don't fight the left and leftism.

The implication is that if only we could defeat this or that Democrat, we would be on our way to a much better America.

But it's not true. If extraterrestrials came to our planet and absconded with every Democrat holding office from Barack Obama down to every Democratic city councilman in America, nothing would change. Other Democrats with the same left-wing views would take their place.

Leftism is ruining America. But almost no Republican ever -- let alone repeatedly -- says this.
The universities of this country have become a laughingstock. They have degenerated into anti-intellectual, anti-Western, anti-rational institutions with their ludicrous "safe spaces," trigger warnings that infantilize students, and all the lies about the racism and a rape culture that allegedly pervade the campuses and American society.

What is responsible for that? Leftism.

According to Pew Research, 40 percent of millennials do not believe in the principal of freedom of speech if the speech might hurt the feelings of a member of a minority group.

What is responsible for that? Leftism.

Why did Islamic State rise in Iraq after that country had been pacified by American troops and the Sunni uprising? Because a leftist president, the left-wing Democratic Party, and the left-wing media demanded a complete American withdrawal from Iraq.

Why are race relations worse than in living memory despite the election and re-election of black president? Because of the left-wing lies about "systemic" racism. Because of the left-wing "Ferguson" lie, repeated regularly by the president of the United States, as if an innocent "unarmed black teenager" was killed by a white policeman because the teen was black and not because he was threatening the life of the officer. Because of the absurdity of "microaggressions," those lists of often noble statements -- such as "there is only one race, the human race" -- that the left characterizes as racist.

Why is it harder to open and sustain a small business than at any time in American history? Because of the left and their endless regulations.

Why do we have the highest national debt in American history? Because the left keeps expanding the size of the government.

Why are more Americans on public assistance than ever before? Because left-wing policies are designed to get more and more Americans dependent on government.

Why are Americans increasingly separated into ethnic, racial and religious identities? Because of the left-wing belief in multiculturalism and the left's neo-fascist emphasis on the importance of race.

Why are more Americans born to women without husbands than ever before? Because, ideologically, the left has determined that children do not need fathers, and because, policy-wise, the left has enabled mothers to depend on the state rather than the man who fathered her children.

Why is the American military weaker and less feared than at anytime in the last 50 years? Because the left doesn't want America to be the strongest country in the world.