Ferguson Effect by the Bay

Debra J. Saunders
|
Posted: May 24, 2016 12:01 AM
Share   Tweet
The opinions expressed by columnists are their own and do not necessarily represent the views of Townhall.com. 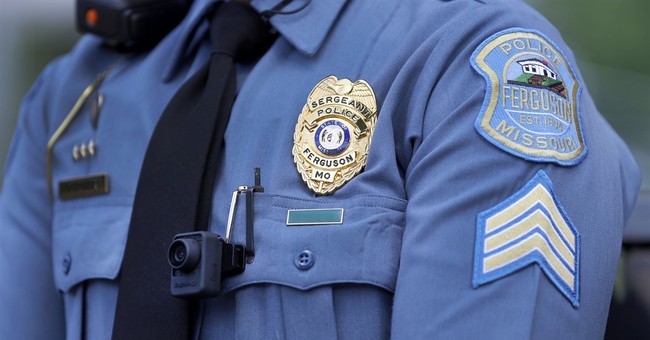 Trending
"It's as hard right now to be a cop maybe as it's ever been," San Francisco Police Chief Greg Suhr to The Chronicle Editorial Board Tuesday. At the time, Suhr was resisting calls demanding that he resign. Five local protesters had given up their hunger strike to force his departure to atone for officer-involved shootings of four minority men in the previous two years. Four supervisors had jumped onto that bandwagon, but Suhr enjoyed Mayor Ed Lee's support. Until Thursday, that is, when a San Francisco cop shot and killed Jessica Williams, 29, an unarmed auto theft suspect in The Bayview. By the end of the day, Suhr had met with the mayor and resigned. It's as hard right now to be a police chief in a major American city as it has ever been.

In 2014, a white police officer from Ferguson, Mo., shot and killed an unarmed black man and spawned "Black Lives Matter" protests. In law enforcement circles, there has been a debate as to whether the nation is experiencing a "Ferguson effect" -- that is, if cops are backing off because they fear reprisals for doing their jobs. The chief I saw last week was working overtime trying to balance the concern in some communities that police will overreact with police officers' fears that they may get punished for doing their job. For that, he lost his job.

Suhr's troubles really began on with a video of San Francisco cops shooting Mario Woods, a 26-year-old black man who would not surrender his knife on Dec. 2. Suhr found the video shocking, he told us. In crisis situations, Suhr said, he believes officers should "do what we can do to elongate an event" -- that is, use nonlethal force and "time and distance" to de-escalate a crisis. The best cops talk like social workers. He's no Dirty Harry. He told The San Francisco Chronicle, "I don't think personal possession of narcotics ever should have been a felony."

Back to the video. Woods had the knife he apparently used earlier to stab an innocent man who had been eating in a car. But you don't see the stabbing victim. You see a person in crisis outnumbered by police. In a TV show, a hero cop would have risked his life to save Woods from himself. In real life, Woods did not heed officers' calls to drop the knife, and beanbag projectiles did not subdue him. When Woods moved toward a cop, they shot him.

We ask police officers to protect the public and make life-and-death decisions in seconds. Before the advent of cell phone cameras, those decisions probably looked smarter than they look in a fuzzy few seconds captured on the phone of a new-to-the-scene bystander.

After Ferguson police officer Darren Wilson shot Michael Brown, the Department of Justice waged an investigation that many expected to enable the feds to prosecute the cop. Instead, the evidence revealed that Brown had reached for Wilson's gun, and the investigation discredited a witness account of a blameless Brown being shot in the back.

"I think there's a Ferguson effect in all the police cases today," quoth Rains. Despite the Department of Justice findings, the Ferguson effect does not work in law enforcement's favor. Suhr was trying to save his department. Now he's gone. Who would want to replace him?