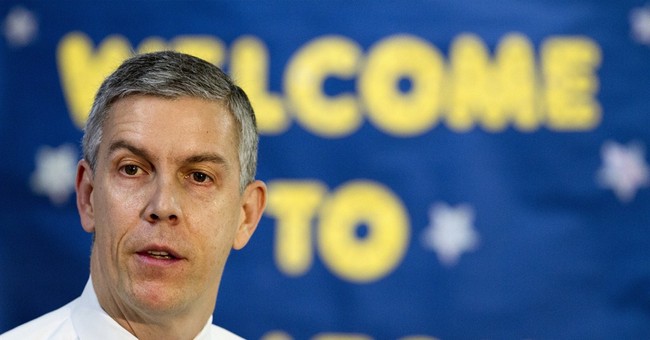 Trending
"You'd have to be made of stone not to feel for these students," Education Secretary Arne Duncan said as he announced an Obama administration decision to forgive as many as 350,000 loans taken out by students of the now-defunct Corinthian Colleges. "Some of these schools have brought the ethics of payday lending into higher education."

I do feel for any adults who took out loans to pay for college courses that they expected to help land them jobs -- but didn't. If the government forgives their debts, then they still never will get back their time or restore their hopes.

But also, I feel for taxpayers, for whom the Corinthian forgiveness tab could reach as high as $3.5 billion. David A. Bergeron of the Center for American Progress told The New York Times he expects the tab to be less than $1 billion, but I wonder whether it could grow, given the administration's decision to expand the new debt forgiveness terms to debtors from other schools. Question: If Washington can forgive loans for bad schools, why leave out students who went to good schools?

Supporters note that the federal student loan program does turn a profit -- enough to absorb the cost of forgiving Corinthian debt. Federal law affords students a shot at debt relief if their school shutters. Last week, the Obama administration expanded forgiveness eligibility to former Corinthian students who took certain programs from 2010 to 2014 and can show that their former schools defrauded them under state law. There is a fast track for those who attended a Heald College in California.

Heald graduates who have outstanding loans aren't people who went to Cal State and weren't "super-thrilled about their education. These are people who were lied to," said Ben Miller, also of the Center for American Progress. Forgiving these loans is the government's responsibility as an act of "cleanup for 15 years of inattention" that shoveled $3.5 billion into Corinthian's maw. And: "Students should have been protected and were not."

But taxpayers deserve protection, too. As Sen. Lamar Alexander, R-Tenn., told The New York Times, "if your car is a lemon, you don't sue the bank that made the auto loan; you sue the car company." (Here, Miller would point out that there is no money left to squeeze from Corinthian Colleges Inc.)

Richard Vedder of Ohio University's Center for College Affordability believes federal loans have created an incentive for students to borrow more money than is prudent -- a bad incentive that is compounded when "the consequences of making a mistake are less than they otherwise would be." Federal aid also entices students into college when it may not be their best course. Ask any underemployed college graduate.

Vedder sees this loan forgiveness as "the first step toward moving toward free college for all." It follows other administration actions to cap student-loan payments as a percentage of income and forgive unpaid balances after 20 years or less. Tell students they may not have to pay back the full freight and they may feel free to borrow more. All hail "affordable" higher education.

Outstanding student debt stands at $1.2 trillion -- so spare me the lecture on the ethics of payday lending.