Tuition Hikes at the University of Compensation 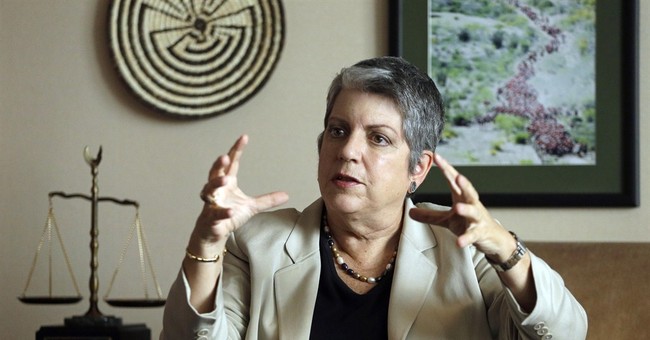 University of California Regent Richard Blum confessed that he was "apoplectic" at the Board of Regents meeting Wednesday. The husband of Sen. Dianne Feinstein supports tuition increases as high as 28 percent over five years, which the board approved Thursday. Blum warned that private universities such as Yale and Stanford threaten to poach academic superstars. "In my investment business, if I underpaid my staff as much as the university is underpaid," said Blum, "I'd have nothing but empty desks." And: "You've got to get real about this stuff."

California Gov. Jerry Brown was ready to take up the challenge. Brown's vote on the board was against the tuition raises because they would violate a budget deal crafted in Sacramento that promised, in exchange for a tuition freeze, two annual 5 percent increases followed by two annual 4 percent increases to UC and California State University funding. "Richard," quoth Dao Guv, "I want to point out that you run an investment banking operation. This is a public university."

Also: "Money doesn't buy everything in the world. If it did, I wouldn't have anybody working for me."

And: "The university can also lead by the way it compensates people, by the cost structure it creates. It doesn't have to follow the Ivy Leagues."

Brown warned that another recession surely will occur, and when it does, Sacramento most likely will cut UC funding again. It's not hard to cut funds for a top-drawer institution of higher education when lawmakers also have to cut funding for public schools and health care. Brown's solution? Appoint a select committee to reduce UC's cost structure. Don't raise tuition while state funding is rising, because you'll have to raise tuition when state funds decline.

CNN ran a documentary Thursday, "Ivory Tower," about runaway tuition, which only reinforced my suspicion that tuition keeps rising because academics don't care about containing costs to make school more affordable for students. The regents fit that profile. At its most recent meeting, the board granted 20 percent raises to three chancellors who earn more than $300,000 apiece.

At the regents meeting, student activists chanted and protested. Some said the regents were "disingenuous." Elected regents, for the most part, voted against the tuition hikes, whereas most of the appointed regents voted for them. (I have to assume they were appointed with that very expectation, because they maneuver in worlds where huge pay is the norm, even for executives who no longer rate them.) The fee increases were guaranteed to pass the minute President Janet Napolitano proposed giving UC a raise.

At the hearing, many students complained they were being held hostage, but it's really taxpayers who have been bound and gagged. Napolitano argues that if Sacramento increases funding, then students won't have to pay higher tuition. Actually, some 55 percent of UC's students don't pay a dime of the $12,192 tuition, so it doesn't pinch their wallets if tuition rises. Only 31 percent of them pay full freight. Half of students graduate without owing student loans. Nonetheless, student activists dutifully demand that the Legislature pony up more dollars to spare them tuition hikes that largely would be passed on to taxpayers. (The state provides grants that pay all fees for students whose parents earn less than $101,000. A new program for "middle-class" families will provide smaller subsidies for families with incomes up to $175,000.)

In 2012, Brown persuaded voters to pass Proposition 30, which raised the state sales tax by 0.25 percent over four years and top-tier income taxes for seven years. A big selling point to student voters was the promise that the tax increases would prevent looming tuition hikes. At the time, UC solons did not proclaim that they would take the budget deal and Prop 30 money -- and still raise tuition.

Two years later, the regents are demanding more than the extra $100 million that Sacramento pledged in exchange for a tuition freeze. Just two years into the four-year deal, the regents broke faith by voting to raise tuition. There's only one way for Brown and the Legislature to address this money grab: Pull the remaining increase in UC's allowance. Don't give in to greedy academics.