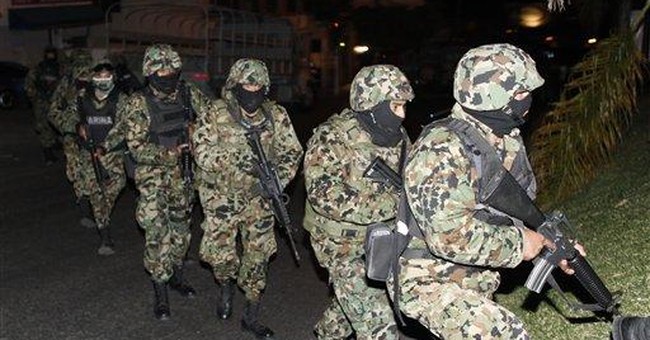 Trending
The government has the power to seize your assets for a crime you did not commit. That's essentially the argument being made in a Boston federal court this week as the U.S. Department of Justice and Tewksbury (Mass.) Police Department work to take Motel Caswell away from its owner, Russ Caswell.

The libertarian-leaning legal team Institute for Justice took on Caswell's case pro bono, attorney Scott Bullock told me, because this case "is really taking civil forfeiture where it has not gone in the past."

The government wants to take Caswell's motel, not because Caswell is guilty of dealing drugs or other crimes but because some of his guests broke the law. A legal brief cites 15 drug crimes, including distributing heroin and manufacturing methamphetamine, that prompted police to arrest Caswell guests from 1994 to 2008.

TripAdvisor reviews make Motel Caswell sound like the place I stayed at when I covered the Democratic National Convention in Charlotte, N.C. One cab driver heard the name and insisted I pay cash.

DiIorio-Sterling noted that the government had pushed for a settlement that would have required Caswell to pay $167,500 and agree to sell or shutter the property. He refused.

Bullock assured me that the Main Street motel isn't seedy, just the cheapest room in town. "We get a cross section of society," Caswell told me.

The legal point, said Bullock: An innkeeper should not be held responsible for "transient guests that occasionally use the motel for illicit drug activity behind closed doors."

The Institute for Justice has experience with governments going after the property of people without the means to fight back. The institute represented working-class homeowner Susette Kelo after the town of New London, Conn., tried to seize her house under eminent domain for a private waterfront development project. In 2005, the U.S. Supreme Court infamously ruled 5-4 for New London.

In a righteous dissent, Justice Sandra Day O'Connor wrote that if governments can kick people out of their homes for economic development, "the specter of condemnation hangs over all property. Nothing is to prevent the state from replacing any Motel 6 with a Ritz-Carlton, any home with a shopping mall, or any farm with a factory."

Voila. Caswell's father built the one-story, 56-room motel in 1955. Because it's family-run with no mortgage, said Bullock, a seizure would deliver "pure profit for law enforcement." The Tewksbury police stand to pocket 80 percent of the $1 million or more Caswell believes the property is worth.

The government doesn't have to prove Caswell was a party to or even knew what was going on in guests' $56 rooms.

In 1999, Congress passed a law to curb civil asset forfeiture abuses, citing a Houston Chronicle editorial that argued, "Good people should not have to fear property seizure because they operate business in high-crime areas. Nor should they forfeit their property because they have failed to do the work of law enforcement."

Yet it's happening all over again. Quoth Bullock, "I think it's fair to say they expected Mr. Caswell not to fight this all the way."