Debra J. Saunders  |  Apr 16, 2009
The opinions expressed by columnists are their own and do not necessarily represent the views of Townhall.com.
Top Columns
Trending on Townhall Media

On April 7, the Department of Homeland Security distributed a counterterrorism assessment to local law-enforcement types entitled "Rightwing Extremism: Current Economic and Political Climate Fueling Resurgence in Radicalization and Recruitment." The nine-page paper has many on the right questioning what is going on in Washington.

The assessment reads like a sophomore's bad political science essay in, for example, noting that right-wing extremism "may include groups and individuals that are dedicated to a single issue, such as opposition to abortion or immigration."

"This is a very unfortunately named document," Department of Homeland Security spokesperson Sara Kuban told me. No lie. The not-quite-classified-but-also-not-meant-for-public-distribution assessment reads like a rookie mistake penned by political lightweights. But Kuban told me it was written by "career officials" who had been working on the assessment for more than a year. (Read: DHS started working on this when George W. Bush was in charge.) That career officials would write such tripe should scare you.

Fox News posted a Jan. 26, 2009, assessment entitled "Leftwing Extremists Likely to Increase Use of Cyber-Attacks over the Coming Decade." This would suggest equal-opportunity political targeting.

Not so. The "left-wing" assessment named entities -- the Earth Liberation Front, Stop Huntingdon Animal Cruelty, The Hacktivist, the Internet Liberation Front -- and explained the methods used in specific and recent cyber-attacks. It also warned how specific groups -- loggers, farmers and named corporations -- were or could be targeted. That is, the "left-wing" assessment included information that would be useful to officials investigating crimes.

The "right-wing" document, however, targeted, not activities, but political thought -- opposition to abortion, immigration amnesty and gun laws. While the "left-wing" assessment reported on known criminal activities, the "right-wing" document started with the acknowledgment that Department of Homeland Security intelligence "has no specific information that domestic rightwing terrorists are currently planning acts of violence." (The italics are mine.) Then: "The economic downturn and the election of the first African American president present unique drivers for right-wing radicalization and recruitment."

Veterans groups are furious at the paper's suggestion that law enforcement look out for disgruntled military veterans, as it noted "the willingness of a small percentage of military personnel to join extremist groups during the 1990s because they were disgruntled, disillusioned or suffering from the psychological effects of war." Thanks for your service, vets, but Homeland Security is stuck on Oklahoma City bomber and Persian Gulf War vet Timothy McVeigh.

More mushy thinking from the memo: "Rightwing extremists were concerned during the 1990s with the perception that illegal immigrants were taking away American jobs through their willingness to work at significantly lower wages. They also opposed free trade agreements, arguing that these arrangements resulted in Americans losing jobs to countries such as Mexico." Many Democrats have opposed illegal immigration and NAFTA, too. And what business is that of Homeland Security, unless the individuals broke federal law?

When I queried the White House, a spokesperson stood by this administration comment to the Washington Times: "The president is focused not on politics but rather taking the steps necessary to protect all Americans from the threat of violence and terrorism regardless of its origins. He also believes those who serve represent the best of this country, and he will continue to ensure that our veterans receive the respect and benefits they have earned."

That's not good enough. The administration should make it clear that it will not tolerate any hint that the federal government might be on the lookout for conservatives and right-leaning veterans.

Yes, I know there have been violent right-wing nuts who have aggrandized criminal thuggish behavior -- even killing people -- under the wrongly assumed cloak of conservatism. And I want the government to catch those individuals, prosecute and punish them to the full extent of the law.

If Homeland Security officials want to issue an advisory that names such groups and provides information that helps local law enforcement understand the modus operandi of criminal enterprises so that criminals can be apprehended, go to it, guys.

But when the Department of Homeland Security releases an assessment that opines that the "historical election of an African American president and prospect of policy changes are providing to be a driving force for right-wing extremist recruitment and radicalization," it makes me worry about the brains in DHS's Office of Intelligence and Analysis. 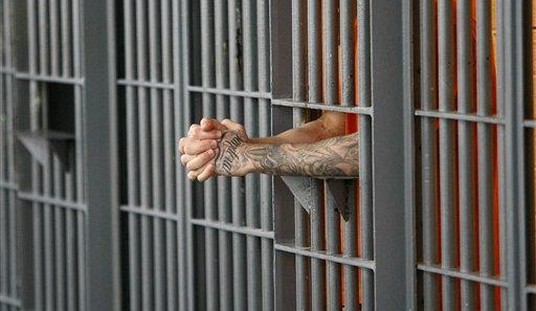