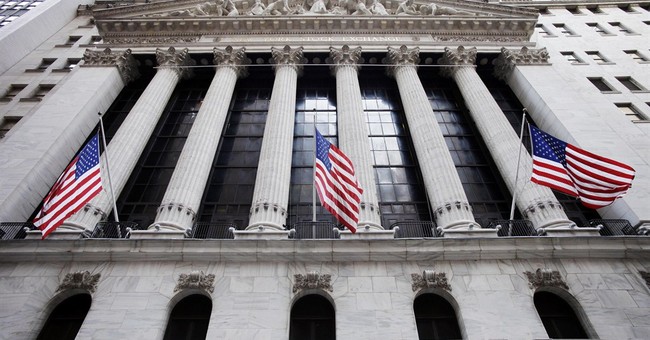 Well, the wild and crazy 9th U.S. Circuit Court of Appeals is at it again, this time ruling that in a conflict between bullies and the First Amendment, bullies win.

What country are we living in again? It's sometimes hard to be sure. It's as if the politically correct American left is so disdainful of America that it won't even stand up for free speech when the speakers are American patriots.

I would warn readers that if these mind-frazzled leftists keep going, they're going to have a revolt on their hands by the silent majority, but if that were going to occur, wouldn't it have already happened? I do believe that patriots still constitute the majority, but I don't know how many of us have any fight left in us. After being treated to the left's browbeating for decades now, some seem to have lost their spirit and become resigned to the fate of an abused majority. It's very sad, actually.

During the 2009 Cinco de Mayo celebration at Live Oak, school officials ordered the students to turn their shirts inside out or go home, apparently because Latino students at the school couldn't be blamed if they became incensed at the flag shirts and resorted to violence to express their outrage.

The American students at one point hung an American flag and began chanting "USA," and that was simply too provocative for Latino students, who responded with profane language, accusing the American students of racism. "F--- them white boys. Let's f--- them up," one of them supposedly said.

A year later, during the 2010 Cinco de Mayo celebration, Mexican students confronted three American students wearing American flag shirts again. "Why are you wearing that? Do you not like Mexicans?" one asked.

Why didn't school officials go after the troublemakers instead of taking the easy and cowardly path of punishing the peaceful students? Why didn't they act like adults, let alone proud Americans, and threaten disciplinary action against the wrongdoers?

Instead, they rewarded their thuggish behavior and incentivized further acts of bullying. The court, by approving this horrendous school decision, has now set a precedent -- short-lived, I hope -- that if you want to shut down people's speech, the best way to do it is to act unlawfully yourself. Can you believe I'm writing these words? Can you believe you're reading them?

You know how the left is always warning that conservative speech can lead to violence? You know, if we say things they don't agree with or if conservative talk show hosts show a little passion in their voice, this could lead to violence? As preposterous as that is, this ruling is even worse. Here, that dreaded violence the left is willing to suppress speech for is actually being used to suppress speech. So if leftists don't like your speech, they'll suppress it to prevent violence. Or they'll use violence in other cases to suppress it. This thinking would be comical if it weren't so destructive to liberty in this country.

If free speech is this easily thwarted -- especially what is arguably political speech, deserving of the highest protection -- what can we expect in future rulings by crazy courts?

Who could possibly guess? What is undeniable, though, is that leftists are quite creative and imaginative when it comes to rationalizing excuses to shut down the voices of their political opponents. Will they next tell us that Christians can't cite particular scriptural passages in certain venues if those passages might offend others to the point of provoking them to violence? Don't you dare laugh, unless you can tell us how such a scenario differs, substantively, from the 9th Circuit case.

Will responsible liberals express their objection to this outrage, or will they simply nod their heads in tacit approval because the ends of shutting down conservatives justify any means?

I know we can count on a few intellectually honest liberals to join us in voicing our disgust at this, but probably just a few.

These liberals sure are lucky that conservatives, the people they are targeting, are the nonviolent ones and not like the people they jump to protect, even to the point of shredding the Constitution.