Why Are Democrats Pandering to Al Sharpton?

David Harsanyi
|
Posted: Apr 12, 2019 12:01 AM
Share   Tweet
The opinions expressed by columnists are their own and do not necessarily represent the views of Townhall.com. 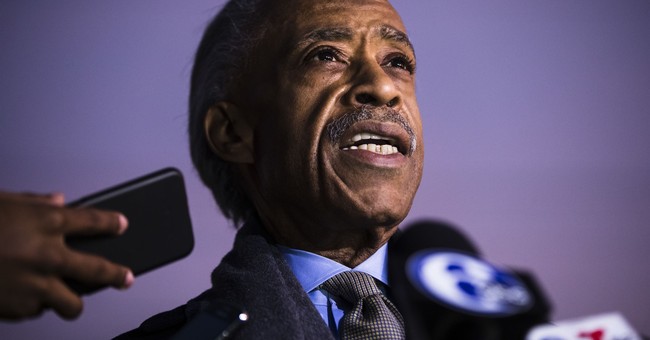 Rev. Al Sharpton's fortunes have been on the upswing. A few years ago, then-President Barack Obama claimed that Sharpton was "the voice of the voiceless and a champion for the downtrodden." In the real world, of course, the only downtrodden Americans helped by Sharpton's activities are the ones who find themselves on the payroll benefitting from his numerous corporate shakedowns.

Yet apparently Obama's resuscitation of Sharpton has worked. In fact, many of the very same Democratic Party hopefuls who boycotted the tepid bipartisanship of an AIPAC conference last month could be found speaking at Sharpton's National Action Network Convention in New York this past week, pandering to a charlatan with a history of inciting violence and racism.

Texas politician Beto O'Rourke, who recently accused longtime Israeli Prime Minister Benjamin Netanyahu of being a "racist" and a false leader, was there, obsequiously telling Sharpton he would support a study on reparations. He wasn't alone. Many of the people who had only recently defended anti-Semitic Ilhan Omar -- Kamala Harris, Elizabeth Warren and Bernie Sanders, among others -- were pandering to man who once said, "We taught philosophy and astrology (sic) and mathematics before Socrates and them Greek homos ever got around to it."

Sharpton most famously threw an entire city into turmoil in 1987 when he cynically exploited the hoax of a black teen named Tawana Brawley -- who claimed to have been raped, kidnapped, smeared with feces and left wrapped in a plastic bag by a group of white men in Dutchess County, New York -- for attention. To the surprise of absolutely no one, a state grand jury would find that her claims had been fabricated.

When Sharpton and Brawley lost their defamation suits, it would not be the founder and president of the National Action Network Convention who would struggle. After 26 years, Brawley was the one who couldn't pay her debt.

Then again, ruined lives are strewn across Sharpton's destructive career. Maybe Democrats need to be reminded that Sharpton used a tragic 1991 car accident to incite a three-day race riot in Crown Heights, Brooklyn. Or maybe they just don't care. It was Sharpton who stoked anger over the imaginary nexus between "Tel Aviv" and "South Africa" and the "diamond merchants right here." And after the Jewish community protested, Sharpton said that "if the Jews want to get it on, tell them to pin their yarmulkes back and come over to my house."

But of course, Sharpton's bejeweled and rotund frame was, as always, hiding behind bodyguards. Instead, it was his mob that took over. And one man who forgot to pin back his yarmulke was Yankel Rosenbaum, a 29-year old Orthodox Jew visiting from Australia who, after turning down a wrong street, was dragged from his car to the shouts of "Kill the Jews!" by throngs of angry protesters and stabbed to death. Never once has Sharpton shown any remorse for his role in this bloodletting.

When, in 1995, Fred Harari, a Jewish subtenant who operated a store called Freddie's Fashion Mart, evicted his own subtenant, a black-owned record store, Sharpton, who told the protesters, "We will not stand by and allow them to move this brother so that some white interloper can expand his business," saw another opportunity to provoke chaos.

Never mind that it had been a black Pentecostal church that had asked Harari to evict the record store. If you're inclined, there are recordings of the ceaseless race-baiting and anti-Semitism that Sharpton allowed, and engaged in, on his radio show day in those days. The venomous protests, fueled in part by his speeches and presence, soon began to resemble a mob. When Roland Smith Jr. entered Freddie's Fashion Mart with a gun, he asked all the black patrons to leave before killing everyone else. The "white interloper," as Sharpton had predicted, "did not expand his business in Harlem."

Never once, as far as I can tell, have any of his didactic colleagues on cable news network MSNBC asked him about these career highlights. Not once did a reporter ask any of the presidential candidates who kiss the ring about Sharpton's history.

As a native New Yorker, I hold a grudge. That doesn't mean others can't forgive Sharpton for the horrible things he's done. It's something else, however, when a remorseless man with a history of hucksterism and cruelty is not only being flattered as national moral leader by presidential candidates but that those same politicians are being given a free pass as they kowtow to a reprehensible character.