David Harsanyi
|
Posted: Jul 28, 2017 12:01 AM
Share   Tweet
The opinions expressed by columnists are their own and do not necessarily represent the views of Townhall.com. 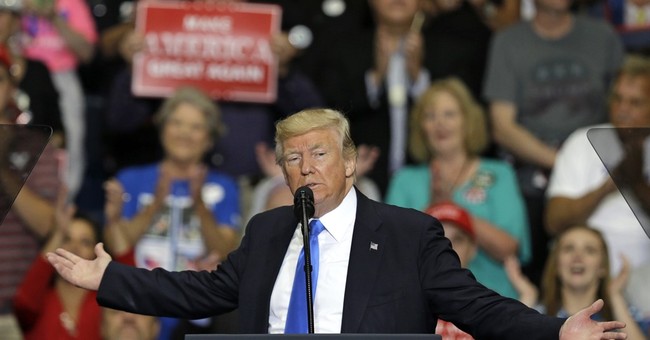 Since its passage, and in a way that is unlike any policy issue in modern American history, the press have rallied to the defense of Obamacare. From day one, there has been almost no light between the average liberal activist and average health care reporter.

Or the average "fact-checker," for that matter. "Fact-checking" has evolved from an occasionally useful medium to an exercise in revisionism and diversion. Take the Washington Post writer Glenn Kessler's recent article titled "President Trump's Mangled 'Facts' About Obamacare." Those who read the headline might assume it's just Trump doing what Trump does most of the time. Yet it turns out that all these supposedly "mangled" contentions about Obamacare are, at the very least, debatable assertions.

The ostensive debunking of the "premiums are soaring" claim is really just a confirmation that premiums have indeed risen. Sure, Kessler blames the vagaries of modern life and demographics -- because these things apparently didn't exist when Democrats were making their big unrealistic promises in 2009.

More interestingly, he contends that when then-President Obama promised Americans that their insurance premiums would drop by $2,500 per year per family, what he really meant was premiums would be $2,500 less than the anticipated rise. So, in other words, according to estimates, the average family is now supposedly paying $3,600 less than what it would have paid if Obamacare hadn't been passed.

When Republicans bother to defend Obamacare repeal bills, they are pretty explicit in explaining that Medicaid "cuts" are merely a slowing of spending growth. But Obama repeatedly stated -- probably hundreds of times over a two-year span -- that the bill would "reduce" the cost of premiums by $2,500 per family. I can't find a single instance anywhere of Obama, or anyone else selling the legislation, offering a nuanced context for this claim.

According to Kessler, Obama didn't lie or "mangle facts" or mislead anyone. Rather, he gave a "misguided ... pledge." The word "misguided" intimates that Obama wasn't misleading anyone on purpose. Moreover, the promise of lower premiums and the lie that you could keep your insurance if you liked it were the central political selling points of the Affordable Care Act to the middle class. They were the only aspects of the law that would have benefited those who already had health insurance.

Trump has also said: "Insurers are fleeing the market. Last week it was announced that one of the largest insurers is pulling out of Ohio -- the great state of Ohio." The fact-checker Kessler does not approve. He argues: "Trump decries that some insurance companies have announced they are leaving the Obamacare marketplace. But he ignores that many say they are exiting the business because of uncertainty created by the Trump administration, in particular whether it will continue to pay 'cost-sharing reductions' to insurance companies."

Kessler accidentally forgot to mention that the uncertainty created by the "cost-sharing reduction" subsidies meant to entice insurance companies to participate in Obamacare's fabricated exchanges exists because they are unconstitutional. After all, the president can't overturn a law. Trump has no duty to pay these subsidies; in fact, he probably has a duty not to pay them. Congress never appropriated any funding for such payments. A federal court found that the Obama administration was acting unconstitutionally when it created them.

Whatever the case, despite Kessler's non sequitur, Trump's core contention that insurers are "fleeing" is well within the boundaries of a political truth. Insurers were bolting before he became president.

You'd think someone would have written a comprehensive fact-check of the Democrats' lie that 24 million people will "lose" their health insurance due to repeal bills. Who knows? Maybe fact-checkers will get around to pointing out that the Congressional Budget Office believes 14 million of the 24 million are people who will choose not to buy it in 2018 in the absence of a penalty. No doubt, fact-checkers will point out that around six million or more of those 24 million are people the CBO just assumes would have left Obamacare markets anyway. You know, baselines and all.

It is true that Obamacare repeal legislation -- whatever the specifics happen to be -- is going to be unpopular. Why wouldn't it be? There isn't a single Republican lawmaker out there effectively slapping down these misleading claims. Voters will be. Republicans certainly can't rely on fact-checkers.