Here Is What Americans Really Want

David Avella
|
Posted: May 05, 2020 12:01 AM
Share   Tweet
The opinions expressed by columnists are their own and do not necessarily represent the views of Townhall.com. 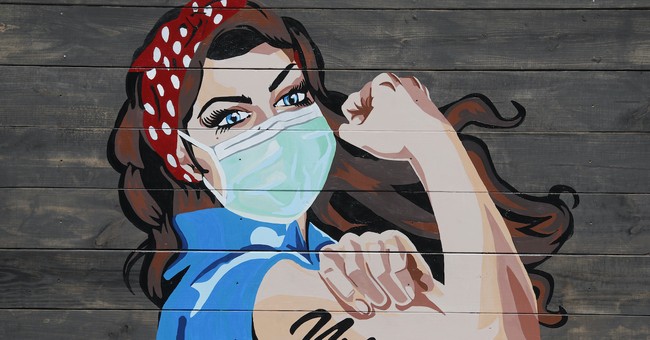 Much of the mainstream media’s coverage of COVID-19 and the recent rhetoric by some of our elected leaders is a big problem.

Let’s start with the mainstream media—too much of the discussion is centered on whether President Trump and Republican governors are making mistakes and failing while Democratic leaders are deciding correctly and succeeding and / or vice versa.

The media splits America by covering the story through Republican versus Democrat. The American people don't think this way, especially when it comes to a national crisis. As former President George W. Bush meaningfully summarized in a video message to Americans: “In the final analysis, we are not partisan combatants, we are human beings, equally vulnerable and equally wonderful in the sight of God. We rise or fall together and we are determined to rise.”

A recent survey of North Carolina voters underscored this point with its finding that 79 percent agree with the statement “partisan politics have no role to play in the coronavirus response.”  There was no daylight between Republicans (78 percent) and Democrats (76 percent).  The research was commissioned by the GOPAC Education Fund and conducted by McLaughlin and Associates.

Most troubling in all of this, listening to the mainstream media leaves one believing we are faced with a binary choice. We can have our health and safety; or we can restore our take-home pay and our retirement accounts.

If you ask the American public whether this is a health crisis or an economic crisis, their answer is yes.  Americans want solutions to both.

This brings us to the recent rhetoric of some elected leaders. Frustration builds as we see the same old thing being done the same old way giving us the same old outcomes. Our frustrations only grow when we hear in every media story a breakdown of who is the hero and who is the villain. As Albert Einstein famously said: “We cannot solve our problems with the same thinking we used when we created them.”

We’ve got to look at the outdated, drained systems that we use to govern our nation. President Trump’s reminding us that the federal government is not the only solution is a good place to start. America is a huge country. Geographically, politically, culturally, economically.  Any way you want to slice it - America is big.  State leaders need to make decisions for their constituents. The virus has affected New York a lot differently than West Virginia, which has been affected differently than Colorado. State leaders seeking solutions will learn from one another, share ideas back and forth, and, refreshingly, work together.

Our elected leaders’ response needs to fit the local realities. This is a very hard concept for a media industry that is centered in New York City and Washington, D.C. and which rarely travels to rural America after the Iowa presidential caucus. It is clear that many journalists and pundits view the federal government as the only source for solutions. The billions in dollars and supplies provided by the federal government is dismissed as inadequate.   The Trump administration issuing its best guidance to state and local elected leaders on when to reopen commerce and the free-flow of people is not enough. It may have to do with inherent distrust too many in the mainstream media have for free market enterprise, private sector risk-takers and profit-seeking innovators.

Over 30 million Americans have now sacrificed their job and income to protect their health and the health of their neighbors vulnerable to COVID-19. We will continue to learn each day a better way to beat this virus, but what we can't do is let the media continue to try to divide America into two camps.

Ironically – the role of the media is as important now, as ever.  It would benefit us to know if our leaders are seeking to incentivize the health care community to take over vacant government buildings to bring America's supply chain for medical devices and prescription medicines back into our own country. It would benefit us to know the infrastructure plans being made to encourage e-commerce as well as logistics and delivery.  And it would benefit us know the role video conferencing and other digital platforms are going to have to properly redeploy the resources state governments have received from the federal government.  These three examples are just the tip of the iceberg.

Here is the point.  Americans are smart and resourceful.  At our core we want to solve problems, help one another and have a positive impact on our communities.  We know a long, slow, and painful road is ahead before we are confident that our health and wellbeing are safe as consumer and business spending rebounds to bring back our jobs.  What we need now is for our elected leaders and mainstream media to catch up to the American public.