Born and raised in the community of Janesville, Paul Ryan is a fifth-generation Wisconsin native. Currently serving his fifth term as a Member of Congress, Paul works to address the many important issues affecting Wisconsin residents and serve as an effective advocate for the First Congressional District.

U.S. Congressman Paul Ryan is the Ranking Member of the House Budget Committee, where he works to bring fiscal discipline and accountability to the federal government. He also serves on the House Ways and Means Committee, which has jurisdiction over revenue matters including Social Security, health care and tax policy.

Prior to entering Congress, Paul worked at Ryan Inc., Central. The company, a construction firm based in Janesville, was founded by Paul's great-grandfather in 1884 and remains a family-owned and operated business run by his cousins.

Paul had previously built an extensive career in public service, serving as an aide to former U.S. Senator Bob Kasten [R-WI], as an economic advisor and speechwriter for former Vice Presidential candidate Jack Kemp and former U.S. Drug Czar Bill Bennett, and as a Legislative Director in the U.S. Senate.

Paul is a graduate of Joseph A. Craig High School in Janesville and earned a degree in economics and political science from Miami University in Ohio.

Paul and his wife Janna live in Janesville with their children, daughter Liza and sons Charlie and Sam.

The youngest of four children, Paul is the son of Paul Sr. (deceased) and Betty Ryan. He is a member of St. John Vianney’s Parish.

Why I Support Kevin McCarthy For Speaker
October 04, 2015 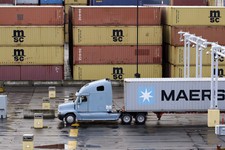