Give Congress a Say in Trade Talks 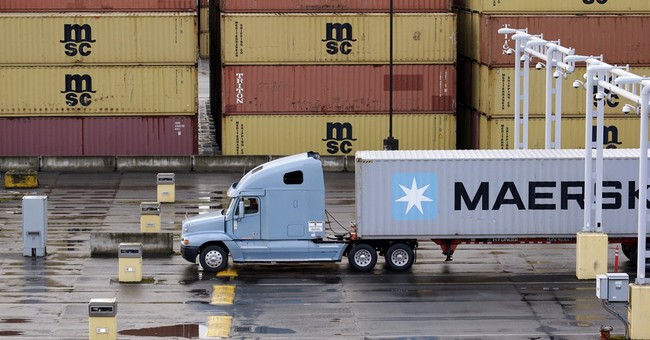 Both parties agree we can expand opportunity in our country by expanding American exports. In fact, the U.S. is negotiating a number of important trade agreements right now. And to make sure they’re successful, my colleagues and I have called for Congress to put in place trade promotion authority. TPA, as it’s called, is important for a number of reasons, but for starters it empowers Congress by giving it a real say in the negotiating process.

Now, nothing prevents a president from negotiating a trade agreement. But an agreement can take effect only if Congress approves it. So the administration and Congress have to work together—because if they disagree, the U.S. will lose significant leverage. If other countries don’t trust U.S. negotiators—if they think the administration will make commitments that Congress will undo later—they won’t make concessions. So the question is: how can two independent branches put forward a united front to get the best deal possible? And ever since the days of FDR, the answer has been to put in place trade promotion authority.

TPA is like a contract. The bill allows the president to submit a trade deal for an up-or-down vote on three conditions.

First, he has to follow congressional guidelines. The bill lays out a whole list of objectives that he must complete in the negotiations. For example, he must work to beef up protections for U.S. intellectual property or break down barriers to U.S. exports.

Once other countries trust the U.S.—once they can see it is negotiating in good faith—they will be more willing to make concessions. So to get the best deal possible, we have to be in the best position possible. And that’s why we’ve got to pass TPA.

The stakes are high—because how we act today will set the rules of the global economy for years. Right now, other countries are rewriting those rules without us, and we’re falling behind. For instance, in the first ten years of this century, the countries of East Asia completed 48 trade agreements. The U.S., on the other hand, negotiated just two in that region. Not surprisingly, our exporters’ share of East Asia’s imports fell by 42 percent.

On the other hand, if these trade talks are successful, they could bring huge benefits to the U.S. economy. For instance, the two biggest agreements currently in the works—the Trans-Pacific Partnership and the Trans-Atlantic Trade and Investment Partnership—would give our exporters greater access to 1 billion customers and two-thirds of global GDP.

The fact is, if we don’t write the rules of the global economy, other countries will. And it’s not just our economy that’s on the line. It’s our credibility. If we fail to complete these talks, more countries will doubt U.S. leadership. And if we succeed, more countries will rally round the banner of free enterprise. So we’ve got to get this done, and the first step to a successful negotiation is to pass TPA.