Congressman Adam Kinzinger
|
Posted: Jun 10, 2016 12:18 PM
Share   Tweet
The opinions expressed by columnists are their own and do not necessarily represent the views of Townhall.com. 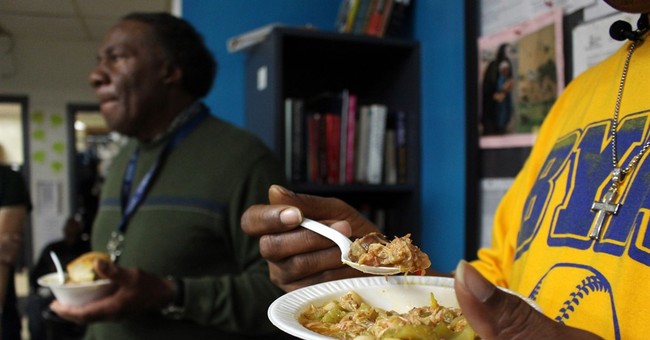 I grew up in a middle class household as a typical Midwestern kid. Raised with the values that define our agricultural region of America, I learned to love others, treat people with respect, and to handle failures not by dwelling on them, but by learning from them. I was luckier than most in the sense that I saw the bigger picture… I had a window into poverty. My father was the director of a homeless shelter, called Home Sweet Home Mission. Yet to call this a typical homeless shelter would be a disservice to the true and lasting impact my father, and his calling to serve, had on so many lives.

A homeless shelter while necessary and commendable, only provides shelter and food to sustain lives, the basic foundation of human need. Home Sweet Home provided that sustenance with the donations of generous people and countless hours of volunteer work. The vision of the mission though went beyond life sustainment, and went all the way to the top of the hierarchy of needs: self-actualization was their true “mission.” If you’re down on your luck, struggling with alcohol or drugs, or believe you are unemployable, then this is the place for you! These folks would show up with challenges and were immediately met by a case worker. A case worker would determine what the roadblocks were in these people’s lives, come up with a plan, and a mutual agreement would be made.

There was a little bit of tough love at the beginning. To stay at the mission, you couldn’t be drunk, couldn’t be on drugs, and if you had struggled with that in the past, you were required to join a support group to stay clean. If you couldn’t stay clean, you would be compassionately referred to a program to get you to that point and welcomed back when you were well. Next, it would be determined if you were employable, and if you were, the mission would help you to find a job in the community. If you weren’t (maybe due to a lack of basic education or a criminal record) then a plan would be produced to help you achieve basic skills to begin that work. Every day, residents would work towards their GEDs, skilled degrees, or would be taught just to read and write in some cases. When you weren’t working towards those goals, you would be asked to help keep the facility clean or the yard looking nice. An amazing thing would happen to these folks, they discovered the value of work, and would realize soon enough that they weren’t a burden on society, but instead were untapped resources eager to burst out and contribute.

Of course there were stories of failure…human actualization isn’t an exact science. But I had a front row seat to so many success stories. I remember a successful lawyer, who became an alcoholic and found himself broken on the street, came to the mission and was able to get his life together and today is back to his old self! Those stories are common thanks to the mission. The mission was not just a place, the mission served to remind folks of their worth, of their purpose. My father has since retired, but what I learned from his calling to help others continues to be my driving philosophy in life and in how I look at poverty as a human being and as a Republican. People don’t just want help…they want a mission!