The Deadly Peril in Appeasement 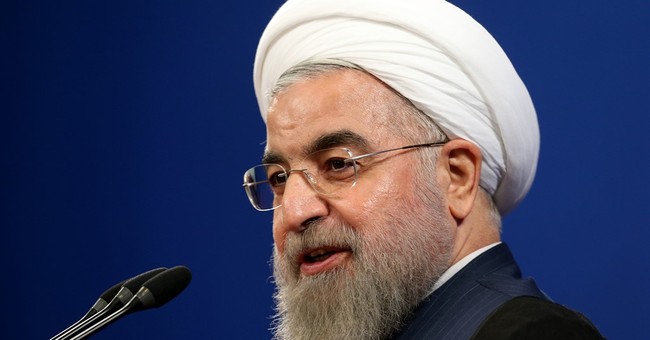 “Appeasement” gets a bad rap but, strictly speaking, the word implies nothing more than an attempt to make peace. If aggrieved adversaries can be pacified by reasonable concessions, what’s wrong with that?

Of course, when most of us talk about appeasement, we have in mind the policy of British Prime Minister Neville Chamberlain who, in 1938, went to Munich in the hope of appeasing Germany and thereby achieving “peace for our time.” Winston Churchill famously admonished and predicted: “You were given the choice between war and dishonor. You chose dishonor and you will have war.”

It’s only fair to make two points in Chamberlain’s defense. First, he did not originate the policy of appeasement. Starting in the 1920s, many in Britain believed that too much blame for the Great War had been heaped on Germany’s shoulders and that the Treaty of Versailles was unjust. Given that premise, the possibility that appeasement might lead to reconciliation was hardly baseless. In “The Roots of Appeasement,” the great historian Sir Martin Gilbert described this effort as, initially at least, “a noble idea, rooted in Christianity, courage and common sense.”

Second, throughout the 1930s, war-weary Britons allowed their martial vigor to diminish even as Germany was aggressively re-building its military muscles. Churchill recognized how reckless this was but his arguments proved unpersuasive, in part because his opponents branded him a “warmonger.” The result was that by the time of the Munich meeting, Chamberlain could not credibly threaten to use force to stop Germany from marching into the Sudetenland or anywhere else on the continent.

So is appeasement a good policy or a bad policy? I would argue that it is, at best, a delaying tactic. “An appeaser,” Churchill also observed, “is one who feeds a crocodile, hoping it will eat him last.” But when in history has a tyrant or an empire builder ever been permanently conciliated?

I suspect you know where I’m heading. For six and half years, President Obama has reached out to America’s clench-fisted adversaries and enemies. During his first months in office, he attempted to “reset” relations with Russia. To demonstrate his commitment, he cancelled the missile shield the US had promised to install in Poland and the Czech Republic. We now know that Mr. Putin was not propitiated. What we don’t know is how far Mr. Putin will go – and into which neighboring countries in addition to Ukraine and Georgia.

The following year, President Obama turned a blind eye to the Green Revolution against Iran’s theocrats. Similarly, in 2011, he declined to support peaceful dissent against Syrian dictator Bashar al-Assad. Next, he declined to support the secular opposition that coalesced in response to the Assad regime’s brutal repression of that dissent. This was a gift not just to Mr. Assad but also to his patrons, Russia and Iran.

This year, the president reestablished diplomatic relations with the Castro regime in Cuba and promised to restore trade relations – concessions that have so far gone unreciprocated. Cyber attacks by China and North Korea have not been rewarded but neither have they provoked serious consequences.

As for the deal Mr. Obama has negotiated with Iran, it will enrich and empower the Islamic Republic’s rulers. In exchange, they are promising to delay a nuclear weapons program they claim has never existed.

It’s only fair to point out that these policies are less a departure from the past than the extension of a long-developing tendency. President Reagan did not seek to appease the Islamic Republic but neither did he make Iran’s rulers pay a steep price for the invasion and occupation of the U.S. embassy and the detention and torture of American hostages. He responded fecklessly to the 1983 slaughter of 241 American service members in Beirut as well as other atrocities directed against Americans by Hezbollah, Iran’s proxy in Lebanon.

President Clinton did nothing about the 1996 Khobar Towers attack that killed 19 U.S. servicemen, an act of war “planned, funded, and sponsored by senior leadership in the government of the Islamic Republic of Iran,” according to a federal court ruling in 2006.

This update: Last week, the Saudis reportedly captured the reputed mastermind of that attack, Ahmed al-Mughassil, a senior leader of another Iranian-backed terrorist group, Hezbollah al-Hijaz (the Hijaz is a region of Arabia). He had been living in Beirut under the protection of Lebanese Hezbollah.

It’s worth noting that the families of Khobar Tower victims have never received compensation. Instead, under the Iran agreement, billions of dollars will be released to the rulers responsible for the slaughter.

Those who orchestrated Iran’s attempt to blow up the Café Milano in Georgetown in 2011 have gotten away with it, too. Two years ago, Mannsor Arbabsiar, an Iranian American, was sentenced to 25 years in prison for his role but, according to prosecutors, he had been recruited by a senior official in Iran’s Islamic Revolutionary Guard Corps, the most powerful organization in Iran.

There have been a few exceptions to this trend. In negotiations with the Soviets, President Reagan really did prefer no deals to bad deals. President George H.W. Bush forced Saddam Hussein to disgorge Kuwait. President Clinton used air power to save Muslim communities in the Balkans. President George W. Bush toppled the Saddam regime and, eventually, found a general capable of defeating both al Qaeda in Iraq and Iranian-backed Shia militias. President Obama backed rebels fighting Libyan dictator Muammar Kaddafi.

From all these experiences, lessons can be learned. Not among them: that there’s no viable alternative to appeasement and that appeasement should therefore be enshrined as America’s default policy in a world where free peoples are, increasingly, an endangered species.