The Road to ‘Entropy on a Scale Not Seen in Centuries’ 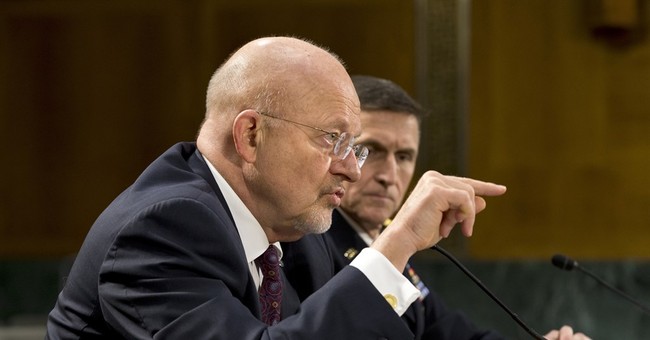 Lt. Gen Michael T. Flynn (ret.) served 33 years in the U.S. Army. Being named President Obama’s director of the Defense Intelligence Agency in 2012 was the culmination of his career. He thought his job was to relate facts, not fables. It soon became clear that his superiors didn’t agree.

Ileana Ros-Lehtinen chairs the House Foreign Affairs Subcommittee on the Middle East and North Africa. Ted Deutch is the ranking member. Last week, they invited Gen. Flynn to testify. They – and anyone else concerned about the threats facing America and her allies -- should think hard about what he told them.

Most pressing is the nuclear deal with Iran’s rulers that the president is attempting to conclude by the end of this month. Gen. Flynn warned that it is shaping up as “not a permanent fix but merely a placeholder. The 10-year time frame only makes sense if the administration truly believes the Iranian regime will change its strategic course.” And that, he said, can only be characterized as “wishful thinking.”

Iran’s rulers continue to claim that whatever nuclear research they are conducting -- in facilities buried under mountains and at military installations – is exclusively for generating electricity and other peaceful purposes. But they also are developing missiles – presumably not as a means for keeping air conditioners humming in kindergartens. The missiles they possess today can reach targets throughout most of the Middle East. The missiles they will possess tomorrow, Gen. Flynn predicted, “will include ICBMs capable of attacking the American homeland.”

He is puzzled by the fact that Iran’s missile program has been excluded from the negotiations: “I don’t see how delivery systems (missiles or sophisticated guidance) can be excluded from any ‘deal.’ Reach is as important as force, just as in boxing.”

Expanding on his remarks in written testimony, Gen. Flynn emphasized that Iran’s increasing capabilities should be viewed in light of its intentions. But the White House, he said, has refused to “acknowledge the frequent warnings from our intelligence community, especially defense intelligence, regarding the hegemonic behaviors of the Islamic Republic of Iran.” In other words, Iran’s Supreme Leader and his Islamic Revolutionary Guards clearly mean to extend their theocratic empire throughout Middle East.

Gen. Flynn told lawmakers – more tactfully than I am about to – that President Obama’s policies are failing not just vis-à-vis Iran but also vis-à-vis the Islamic State and al Qaeda. The death toll in Syria since a civil war began there in 2011 and in Iraq since the U.S. withdrawal the same year is over 200,000 with no indication that the carnage will end any time soon. Libya and Yemen are in chaos. Russia, China and North Korea are taking advantage of what they perceive as American fecklessness. One could go on.

Not only isn’t President Obama asking his advisors for an alternative policy, “anyone who proposes one,” Gen. Flynn told Congress, “is immediately exiled from the establishment.”

He knows whereof he speaks. He was – assuming I’ve read the evidence correctly and I’m confident I have -- forced out as military intel chief last year for refusing to toe the administration’s line that the “tide of war” is receding and that the terrorists are “on the run.” Echoing those memes would have been a career-booster but it would have been dishonest at a time when he and other top intelligence officers were well aware that the conflicts initiated by those claiming to fight for the global triumph of Islam are spreading, intensifying and accelerating.

The White House insists that if Iran signs a nuclear agreement and then proceeds to violate it, U.S. intelligence will not be blindsided. As someone who knows what America’s spooks can and cannot do, Gen. Flynn is skeptical. He cited a recent Defense Science Board study concluding that “creative missile and nuclear proliferators” have the upper hand “in the cat and mouse game they are playing with the United States and the international community.”

Not long ago, President Obama was saying that no deal with Iran would be preferable to a bad deal with Iran. Were that proposition still operative, the American side would walk unless Iran agreed to “open up all of its facilities, scientific, military, and current nuclear facilities, for international inspections.”

Iran’s rulers have been saying they will never do that. The most they may permit is “managed access” which lets them decide where inspectors go and when. Would that give them an opportunity to hide what they don’t want inspectors to see? The question answers itself.

The president and his supporters say if we don’t go along with Iran’s terms for an agreement the consequence will be war. Gen. Flynn told Congress that a range of other options should be considered and he suggested key components of some of them. His main point, however, is that “we face a very radicalized element in the likes of Islamic extremism, Sunni and Shia.” That leads him to this tough conclusion: “The administration's refusal to state what we can plainly see is beyond irresponsible.”

He worries that unless there is a shift, the result will be “entropy on a scale not seen in centuries. We would have no way of anticipating risk, much less managing or containing it. Delusions abound these days, but anyone who can argue for an ICBM- or nuclear-capable Iran is more a pyromaniac than pragmatist.”

If Gen. Flynn’s warnings have begun to resonate on Capitol Hill, I would expect a solid majority of members of Congress – Democratic and Republican alike – to vehemently oppose any agreement with Iran based on “wishful thinking.” But perhaps that’s just wishful thinking on my part.