The Most Tragic Event of My Life 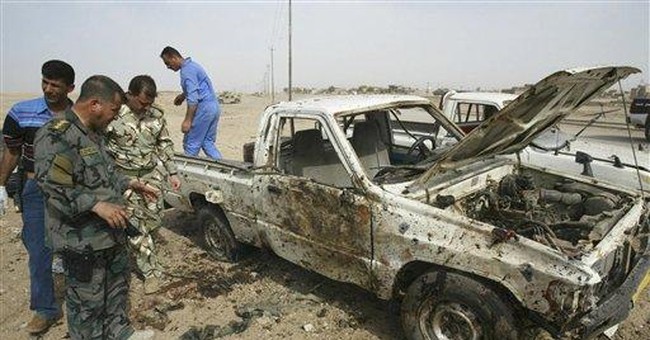 The single most tragic event of my life took place in 1970. It was the day I heard my younger brother Wieland was killed in Vietnam. It was a day like no other. No family should have to feel what my mother, my other brother (Aaron) and I did that day. And yet so many do, every day, in every year.

At the height of the Vietnam War, both of my brothers, Wieland and Aaron, enlisted in the U.S. Army. Aaron was stationed in Korea, and Wieland was sent to Vietnam. As Wieland headed off to Nam, I hugged and kissed him and said: "I'm going to miss you. Be careful."

In 1970, I was refereeing a tournament in California, when I heard an announcement over the loudspeaker: "Chuck Norris, you have an urgent call." I hustled over to the phone. I recognized the muffled voice of my mother-in-law, and she was crying. "What's wrong, Evelyn?" I asked her. "Your brother Wieland has been killed in Vietnam." If I had been kicked in the stomach by a dozen karate champions at the same time, it would not have impacted me more. I staggered back away from the phone, hoping that somehow would make Evelyn's words untrue. It didn't.

I hung up the phone, moving in what felt like slow motion. For a long time, I couldn't function. I simply sat in shock, thinking about my little brother Wieland, my best friend, whom I never would see again in this life. Right there, in front of anyone who cared to see, I wept uncontrollably.

When Wieland was 12 years old, he had a premonition that he would not live to be 28. Wieland died June 3, 1970, one month before his 28th birthday. As Jesus said, "There is no greater love than the one who lays down his life for another."

It's fitting that every year, Memorial Day falls a week or so before the anniversary of when a soldier like Wieland gave his life in action. (It was to my brother Wieland that I also dedicated all my "Missing in Action" films.)

I've been honored over the three decades since that day to show my support in a host of ways for our veterans and service members from every war since World War II. Thanking our military is why, in 2006 and 2007, I also visited our troops in the Middle East. I went to 28 bases and shook hands with nearly 40,000 troops. It was an experience I will remember for the rest of my life.

I'll be honest with you. I understand why people are against the wars we're in. But I simply don't understand how anyone could neglect to support the fine men and women in our armed forces. It is not only unpatriotic. It is unjust.

War is never easy. Indeed, as Gen. William Tecumseh Sherman once said, "War is hell." And despite our variant views of it, we all can agree that our service members deserve our support and commendations. As with you, I'm humbled by their courage and grateful for their service.

The military is very close to me because it turned my life around. Joining the military helped me get on the right path. I still believe it can help others, too. That is why I stand with the majority of Americans who say to all our service members and their families -- and indeed all the veterans who have served this great country and the cause of freedom -- that we salute you. We support you. And we will continue to pray for you.

Just this past week, we heard Iranian President Mahmoud Ahmadinejad warn the West with his test missile, leaders from Taliban-teetering Pakistan battling more civil unrest, continued debate about where to place the detainees at Guantanamo Bay, and speeches from President Barack Obama and former Vice President Dick Cheney justifying their warfare and blame game in this terrorist-peppered post-9/11 era, etc. The world is far from a safe place.

And while our politicians pontificate over their positions and purposes, those who paid the ultimate sacrifice, their families and our present service members continue even now to make real sacrifices. As Gen. Norman Schwarzkopf once humbly concluded: "It doesn't take a hero to order men into battle. It takes a hero to be one of those men who goes into battle."

If ever there were a time we should be grateful for our service members, it would be now. Memorial Day and Veterans Day should not be bottled up into two days a year. Our patriotic commemorations and military gratefulness should extend to every day of the year.

That is why, whether you're abroad or stateside, I encourage everyone to put into practice something I did in Iraq and try to do every time I see a military person in uniform anywhere. I stop him or her, look in his or her eyes, shake his or her hand, and say, "Thank you for your service." As Brig. Gen. S.L.A. Marshall said in "The Armed Forces Officer," "Also remember that in any man's dark hour, a pat on the back and an earnest handclasp may work a small miracle."