Dr. Charmaine Yoest is President & CEO of Americans United for Life, the first national pro-life organization in the nation, whose legal strategists have been involved in every pro-life case before the United States Supreme Court since Roe v. Wade.

Dr. Yoest began her career in The White House during the Reagan Administration and recently served as a Senior Advisor to the 2008 Huckabee for President Campaign. She is also the co-author of Mother in the Middle, an examination of childcare policy, published by HarperCollins.

A regular political commentator, Dr. Yoest has appeared on all of the major networks and cable outlets. In print, Dr. Yoest is quoted regularly and has been published widely.

Dr. Yoest has also provided Congressional testimony before both the United States House of Representatives and the Senate.

Previously, Dr. Yoest served as the Project Director of the Family, Gender and Tenure Project at the University of Virginia, a nationwide study funded by the Alfred P. Sloan Foundation. She was also a recipient of Mellon, Olin, Bradley and Kohler Fellowships. She also served as a Vice President at the Family Research Council, one of the largest pro-family public policy organizations in the country.

Dr. Yoest has a Ph.D. in Politics from the University of Virginia. She and her husband, Jack, live with their five children in the Washington, DC area. 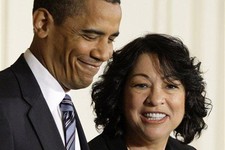