Breaking Our Patents Abroad: How Not to Promote Affordable Drugs 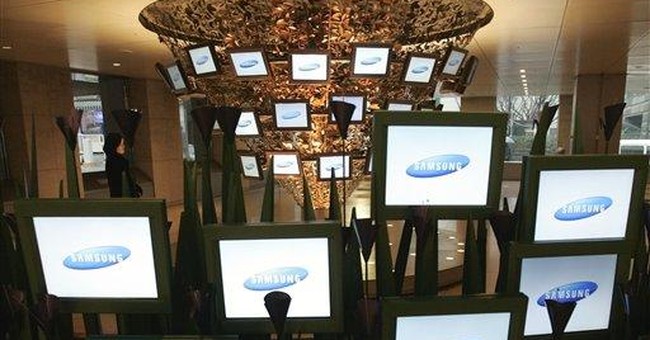 "To serve God's law, one must break man's law."

There's nothing new about this principle. Men throughout the ages have fought, killed and died for it. And latter-day political progressives are hardly exempt from its pull. Heavily animated by religious conviction, various Left-leaning activist organizations have come to believe that fighting poverty and disease in developing nations requires taking extralegal emergency steps. One of those steps is presenting commercial makers of life-saving drugs, especially for HIV/AIDS, with an ultimatum: Lower your prices or watch your patents become meaningless.

In this country, such a practice would be illegal. But other countries don't have to play by our rules. And that's the way these activists like it.

These religious progressives, adept at playing hardball with top management, profess good intentions. But good intentions, whether or not grounded in Christian theology, don't necessarily make for sound economics. And in this case, they mask a deep animus toward profit maximization and a key means of its protection: the patent.

A patent, like a copyright, is a government grant of monopoly for a certain period of time. It secures for its holder an exclusive right to enjoy revenues from an original discovery. Though the U.S. Constitution (Article I, Section 8, Clause 8) authorizes the federal government's awarding of patents, a number of free-market economists find this anathema. Stephan Kinsella, Timothy Lee and other libertarian critics argue that requiring a patent for drugs, software or other products creates barriers to market entry among potentially more efficient competitors. This in turn raises consumer prices.

On the surface, it's a valid objection. The problem is that it exists in a legal and political vacuum. Without patent protection, especially in today's lawsuit-prone environment, few individuals and firms would have the incentive to create economically viable products. This is especially true in the highly competitive pharmaceutical industry, with its exorbitant and time-consuming front-end investment requirements and constant Food and Drug Administration oversight.

It takes on average around a dozen years, not to mention hundreds of millions of dollars worth of research, testing and marketing, to commercially launch an innovative drug. It's unlikely, for example, that the anti-blood clotting agents Persantin and Plavix would have reached pharmacy shelves had their respective manufacturers, Boehringer Ingelheim and Bristol-Myers Squibb, anticipated widespread competition from unauthorized generic (i.e., non-branded) copies. Patents uphold property rights. A drug company shouldn't be obligated to share with competitors the rewards of its discoveries any more than a homeowner should be obligated to share his dwelling with squatters.

Once awarded, a patent is no guarantee of profit during its typically 20-year life, which starts at the date of filing rather than of commercial availability. And revenues may decline, as Merck found out after its patent for cholesterol-reducer Zocor expired on June 30, 2006. Pharmaceutical firms have begun to establish generic subsidiaries -- e.g., Greenstone (Pfizer) and Sandoz (Novartis) -- precisely to avoid this outcome.

But the libertarians are right about this much: The power to grant a patent is by definition the power to deny, withdraw or undermine it. Possessed of this power, national governments exercise veto power over a firm's ability to set prices. This has major implications for American enterprise, which happens to be responsible for about 80 percent of the world's key drug and biotechnology patents. If a foreign government decides to undercut prices for U.S.-patented brand-name drugs by allowing or mandating the sale of generic versions, there is little a given company can do about it.

The recent browbeating by Brazil of Abbott Laboratories is instructive. In July 2005, that country's Ministry of Health announced a six-year agreement with Abbott in which the Chicago-area company would lower the price of its HIV/AIDS retrovirus drug Kaletra. The pact also included a technology-transfer procedure to enable the government-run Farmanguinhos Laboratories to begin producing the drug in 2009 and a provision to provide Brazilian patients greater access to Meltrex, a heat-stable form of Kaletra. The Brazilian government had declared Kaletra a drug "of national interest," and had given Abbott a 10-day ultimatum to charge a lower price or watch its profits evaporate in the face of a compulsory generic license. Initially, Abbott termed the ultimatum illegal -- which it certainly was by U.S. standards -- and warned that developing unproven, alternative medication posed "significant consequences for patients." Yet soon after, the company announced it would be open to an "agreeable solution."

Brazil, if nothing else, is an equal-opportunity abuser of rule of law. In May 2006, its government announced an "agreement" with the San Francisco-based Gilead Sciences to reduce its price of the anti-HIV retrovirus drug Viread by about 50 percent. A year later, it issued a license to produce a generic version of Merck's anti-HIV drug Efavirenz after giving the firm a week to "negotiate" a lower price.

The South African government has been of a like mind. About a decade ago, it passed a law to override existing patents in order to "determine that the rights with regard to any medicine under a patent granted in this Republic shall not extend to acts in respect of such medicine." The new law also allowed the government to license domestic companies to produce generic drugs at far lower prices, following payment of a fee to affected companies. Several dozen pharmaceutical firms doing business in that country challenged the law in court, but sustained so much public-relations damage that they dropped the suit.

Undoing the problem is easier said than done. Legalized patent infringement is woven into the World Trade Organization-administered Agreement on Trade-Related Aspects of Intellectual Property Rights (TRIPS) of 1994 and its more onerous successor, the Doha Declaration of 2001. The latter document explicitly authorizes governments, under cover of national emergency, to issue compulsory licenses without securing the permission of patent holders, so as "to promote access to medicines for all." Apparently, "free trade" doesn't refer to the freedom of U.S. pharmaceutical corporations to operate profitably in Third World countries.

Not surprisingly, the United Nations, hardly a reliable defender of American sovereignty, also has pulled this stunt. In the spring of 2000, following weeks of discussions with U.N. officials, several U.S. companies agreed to sell their products at prices well below even already-discounted levels. "It's the first time the companies are collectively willing to discuss a truly significant decline in prices," said Peter Piot, director of the U.N.'s AIDS program. "It is something many of us have long hoped for."

The Interfaith Center on Corporate Responsibility applauds such strong-arm practices. In November 2006, the center released an update of its "Benchmarking AIDS" study, lamenting the lack of progress by drug companies in providing "access" to essential medicines. The report did find room to congratulate the Thai government for issuing compulsory licenses for producing generic Kaletra. Yet such actions have consequences. Early in 2007, Abbott Laboratories pulled Kaletra and six other drugs out of Thailand. True to form, Christian Brothers Investment Services, an ICCR affiliate, condemned Abbott's decision rather than the action precipitating it. The ICCR, the Access to Medicines Project, Doctors without Borders, and other defenders of Third World regimes want patent protection to take a back seat to social justice.

In our own country, a drug company's main worry may be revocation. And it's already happened. On January 23 of this year, the U.S. Patent & Trademark Office revoked four key patents held by Gilead Sciences on its HIV/AIDS retrovirus drug, tenofovir disoproxil fumarate (TDF). The left-leaning Public Patent Foundation had challenged the validity of the patents, claiming that TDF's chemical properties had been known before Gilead had filed its applications.

One can't lose sight of the fact that millions of lives are at stake. But legalized extortion is a bad long-run strategy, as it harms the most vulnerable of people in nations with widespread poverty. University of Chicago legal scholar Richard Epstein explains:

Decisions like those in Brazil and Thailand cripple incentives to invest in new drugs, particularly for AIDS, for which sick people worldwide will pay the price tomorrow. What drug company will invest in new and useful products when the ensuing harsh policy will damage its global brand? Better to stand aside and let someone else take the heat. But who will step forward?

Patent infringement to some extent is an inevitable by-product of global economic integration. But its legalization, in the name of high moral principle, is nothing short of alarming. It's another example of what Czech President Vaclav Klaus calls the "denationalization of nation-states." Our nation's drug companies surely are paying the bills. One is less certain if God is collecting.