Cal Thomas
|
Posted: Feb 28, 2019 12:00 AM
Share   Tweet
The opinions expressed by columnists are their own and do not necessarily represent the views of Townhall.com. 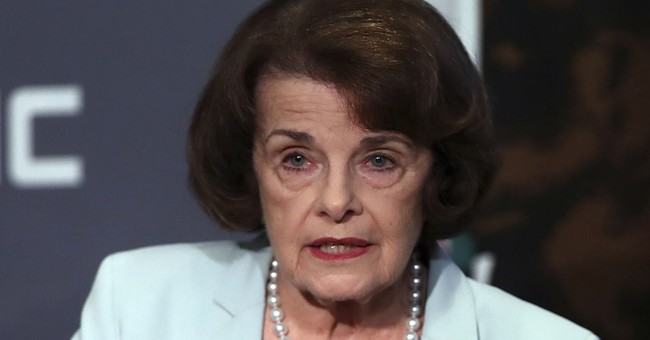 Here's a sentence I never thought I would write: Dianne Feinstein was right.

A small group of middle- and high-school children from the San Francisco Bay area visited the Democratic senator from California last week to demand she support the "Green New Deal," a collection of environmental policies even some Democrats find too extreme, too costly and too fantastical.

What followed was the kind of lecture that is almost absent in a modern culture that overemphasizes youth.

One of the students, an unidentified 16-year-old, was quoted by The Washington Post: "...we have come to a point where our Earth is dying, and it is literally a pricey and ambitious plan that is needed to deal with the magnitude of that issue, so we're asking you to vote 'yes' on the resolution for the Green New Deal because..."

Feinstein interrupted: "That resolution will not pass the Senate, and you can take that back to whoever sent you here." She added, "I know what can pass, and I know what can't pass."

Behind the student group is an organization known as the Sunrise Movement, which describes itself as "...a movement to stop climate change and create millions of new jobs in the process." There is more gobbledygook about an army of young people who are scared about the "climate crisis" and the familiar condemnation of fossil fuels, corporate executives and "their influence on our politics."

In other words, they are environmental extremists.

Sunrise criticized Feinstein for being callous toward the young people. In fact, this grown-up gave them a reality lesson.

Another child, and that's what they are in law and biology, one Alexandria Villasenor, a 13-year-old seventh-grader, has spent the last nine Fridays sitting on a bench outside the United Nations in New York demanding action on climate change. On March 15 (beware the Ides of March), she will be part of a "school strikes for climate" demonstration. The Post reports the worldwide demonstrations will be supported by some of the world's biggest environmental groups.

How does a 13-year-old, and other teens, acquire such knowledge? Most likely they are simply parroting what their teachers have been telling them. Climate change is simply the latest fad, like tattoos and body piercing once were.

When I was their age, skipping school meant a call to my parents from the principal's office with quick punishment to follow.

The problem in too many of our public schools, universities and much of culture is that we have handed over control to people who don't know what they are talking about. Adults -- at least ones thought to have acquired wisdom, which is different from knowledge -- were once tasked with leading the young. Now, in too many instances, we seem to be following them. What happened?

This is a case of the climate-change chickens coming home to roost. Which political party has promoted end-of-the-world scare tactics for decades? Not Republicans. But, like Nostradamus and other apocalyptic prognosticators, when the world doesn't end on the date predicted, the sky-is-falling crowd simply moves on to the next prediction.

Sen. Feinstein said to the children, some of whom spouted familiar slogans, as if they were programmed: "You know what's interesting about this group is I've been doing this for 30 years. I know what I'm doing. ... You come in here and say, 'It has to be my way or the highway.' I don't respond to that."

That's called acting like an adult. In today's culture, older adults are thought to lack knowledge, because they didn't grow up with the internet. A little humility and more study might benefit these kids, as would different teachers, textbooks or even a change in schools.