Cal Thomas
|
Posted: Dec 15, 2016 12:01 AM
Share   Tweet
The opinions expressed by columnists are their own and do not necessarily represent the views of Townhall.com. 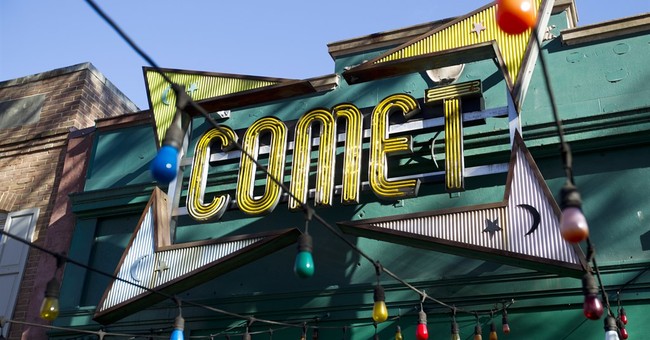 Mainstream media are suddenly concerned about "fake news." It used to be that phony stories were easy to spot. They usually focused on space aliens or mysterious creatures found wandering deep in the woods. My personal favorite in this genre was a 1992 "story" in the supermarket tabloid Weekly World News that claimed the bones of Adam and Eve had been discovered in Colorado. A "leading archaeologist" was quoted, presumably to add credence to the fake story.

In the internet age, things once thought incredible have taken on credibility. From spam email that claims someone in Nigeria wants to send you money, if you send them some first, to politicians engaging in behavior that only sounds true if you happen to hate the politician and believe he (or she) is capable of anything. It has become a lot easier to fool some of the people all of the time.

A recent fake news story claimed Hillary Clinton was involved in a child sex ring run out of a Washington, D.C., pizza restaurant. It prompted a deranged man with a gun to fire shots inside the place in hopes of liberating the "enslaved" children.

A definition might help sort out what is fake and what is real. Fake is "anything made to appear otherwise than it actually is." If that is the standard by which falsehoods are discerned, the mainstream media have been faking news for decades.

Now there's the story that the Russians interfered with the presidential election, something FBI Director James Comey refused to say in an October press appearance. Considering the media's history of anti-Republican biases, does this sound fake to you? Space does not allow a chronicling of the numerous examples of false, misleading and biased stories favoring liberal Democrats and their preferred issues. A Google search will reveal many more.

In a post-election column, New York Times' public editor, Liz Spayd, referred to a memo from the newspaper's executive editor and publisher promising to "rededicate ourselves to the fundamental mission of Times journalism. That is to report America and the world honestly, without fear or favor, striving always to understand and reflect all political perspectives and life experiences..."

What were they doing pre-election? As Spayd noted, "they also used the occasion to congratulate themselves on their swift, agile and creative coverage on election night, and they praised their journalism as fair to both candidates and unflinching in its scrutiny."

Never mind that so much of their coverage -- and the TV stories that follow the Times' lead on what's news -- labeled supporters of Donald Trump as uneducated, racist, sexist and homophobic, among other smears. There was no apology for any of this. Praising itself for journalistic integrity is like an administration investigating itself for wrongdoing. The Times would never approve of that, nor should it.

Picking up on this self-congratulatory theme, the co-editor-in-chief of Variety, Claudia Eller, wrote that the show business publication, which leaned heavily in favor of Hillary Clinton's presidential candidacy and regularly trashed Donald Trump, pledged to "(continue) our tradition of presenting balanced reporting that reflects multiple points of view..." If only.

In the end, it matters less what the mainstream media think of themselves than what news consumers think. A September 2016 Gallup poll found that public trust in journalists had hit a new low. In other industries, that would prompt serious self-examination and conversations with people who aren't buying what the company is selling. Only journalists sit on such a high mountain of self-regard that any challenge to their honesty and fairness is dismissed as the public's problem.