Obamacare Troubles a Gift to 2016 Candidates 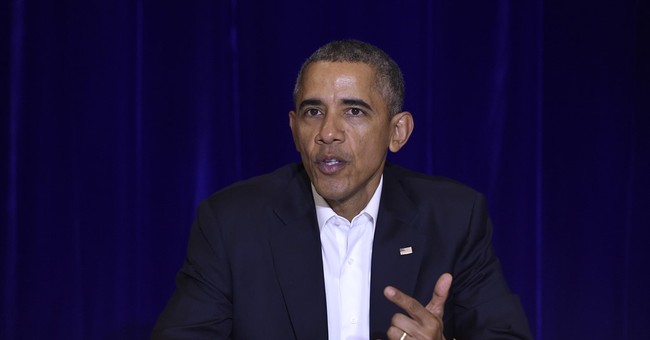 There have been many articles in the last year with some variation of the headline "GOP Surrenders on Obamacare." The stories mostly concern a tendency among some Republican policy elites to adopt the Washington conventional wisdom that Obamacare cannot be repealed because it has already become deeply entrenched in American life.

Those Republicans might want to reconsider. A series of developments in recent days suggests the Affordable Care Act is in perilous condition and could become even more troubled in months to come.

UnitedHealth, the nation's largest health care company, recently announced huge losses from the sale of Obamacare plans and threatened to pull out of the exchanges altogether. "We cannot sustain these losses," CEO Stephen Hemsley said. "We can't really subsidize a marketplace that doesn't appear at the moment to be sustaining itself."

The news came on top of weeks of reports of rising costs for consumers. "Insurers have raised premiums steeply for the most popular plans at the same time they have boosted out-of-pocket costs such as deductibles, copays and coinsurance in many of their offerings," The Wall Street Journal reported.

Deductibles and copays, in particular, have shot up so far, so fast, that many Americans feel as if they are paying for a policy but never see any benefit because they have to pay for so much of the costs out of their own pockets.

"We have insurance, but can't afford to use it," one New Jersey man told The New York Times.

Even with the higher rates, there's word insurance companies might have to raise rates even more next year -- or get out of the Obamacare business altogether. "Every health plan I talk to tells me that they don't expect their Obamacare business to be profitable even in 2016 after their big rate increases," insurance analyst Bob Laszewski wrote Thursday. "That does not bode well for the rate increases we can expect to be announced in the middle of next year's elections."

The problem is pretty simple: Not enough Americans, and certainly not enough healthy Americans, are signing up for coverage through Obamacare. And they're not doing it because it's not a good deal for them.

A study published by the Robert Wood Johnson Foundation in October found that about 24 million Americans are eligible for tax credits -- subsidies -- to buy insurance through Obamacare. This year, about 10 million of them selected plans, with about 8.6 million actually paying the money and enrolling.

That's an enrollment rate of about 35 percent of those eligible for subsidies. Think about it: Only one in three people is signing up for Obamacare even if the government gives them money to help pay for it. It's a rate below what is necessary for Obamacare to survive in the long run.

Remember that Obamacare's authors stressed it wasn't just a program for the poor, that subsidies would be provided for families with yearly incomes up to 400 percent of the federal poverty level -- that is, up to $47,080 for an individual or $97,000 for a family of four.

It's not working out that way. The Johnson Foundation found that while a lot of people with incomes below 200 percent of poverty -- that is, an individual below $23,540 a year or a family of four below $48,500 -- selected a subsidized Obamacare plan, very few people with incomes above that did.

It just costs too much. "Many people who shopped for marketplace coverage but did not choose a plan considered the available options to be unaffordable," the Johnson Foundation report dryly concludes.

The Obama administration is encouraging consumers to shop for a new plan and switch if they can find a better deal. "Financial literacy is important," said Health and Human Services Secretary Sylvia Burwell, as if everyone is financially literate.

Beyond that, the administration seems insensitive to the burden of researching, shopping and switching health care plans year after year. "Every year I feel like I'm starting all over again, and I just dread it," an Oregon woman who is shopping for her third plan in three years told the Times. "My stress level just shoots up."

On the coercion side, the Obama administration is also hoping increased penalties will make it more painful for Americans to avoid buying insurance, and thus encourage them to get with the program.

It goes without saying that all the stuff President Obama said while selling Obamacare -- that it would save the average family $2,500, that people who liked their coverage could keep it, etc. -- have long ago gone up in smoke.

This is a potent political issue. Republican base voters have never gone along with the party's Beltway elites in making their peace with Obamacare. Any candidate who pledges on the stump to repeal every word of the Affordable Care Act wins a raucous round of applause. And in light of recent news, look for them to do it more and more.