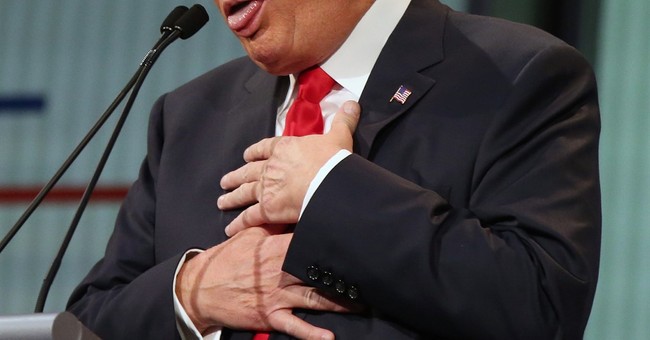 Yes, Donald Trump deserves credit for putting immigration in the middle of the Republican presidential debate. But at the same time, Trump has focused much of the conversation either on side issues, like birthright citizenship, or on impossibilities, like the mass deportation of millions of illegal immigrants.

A more profitable debate might focus on issues raised in a new study from the Center for Immigration Studies, a group that favors limiting future levels of immigration. Under the wonky title "Welfare Use by Immigrant and Native Households: An Analysis of Medicaid, Cash, Food, and Housing Programs," the study could form the basis of a new debate over the number and type of immigrants coming to the United States in years to come.

Relying on detailed census data, the report finds that immigrant households make use of U.S. welfare programs -- food and cash assistance, Medicaid and housing programs -- much more than native-born households. "In 2012, 51 percent of households headed by an immigrant (legal or illegal) reported that they used at least one welfare program during the year, compared to 30 percent of native households," concludes study author Steven Camarota.

Camarota found that both newly-arrived immigrants and immigrants who have been in the U.S. for many years use welfare programs more than natives. Most of the immigrants in the study were working, and most were in the U.S. legally. The differences between them and natives, especially in some programs, were striking.

Camarota found that an immigrant's home country makes a big difference in whether he or she is likely to use welfare programs. "Households headed by immigrants from Central America and Mexico (73 percent), the Caribbean (51 percent), and Africa (48 percent) have the highest overall welfare use," he writes. "Those from East Asia (32 percent), Europe (26 percent), and South Asia (17 percent) have the lowest."

Critics immediately attacked the report, but without much effect. A blogger for the libertarian Cato Institute argued that it is unfair to compare immigrants, who tend to be poorer, to the native population as a whole, which tends to be better off; the suggestion was that poor immigrants should be compared only to poor natives. But the point of the study was to compare immigrants to natives, which is a critical question when formulating immigration policy.

As far as that policy is concerned, the report raises several questions that could shape the Republican debate -- and perhaps the general election debate, too. The first is that illegal immigrants are generally less educated and use welfare more than legal immigrants, so it makes sense to a) make even greater efforts to stop illegal immigration, and b) quickly return immigrants who are caught crossing the U.S. border illegally.

The second question concerns legal immigrants. Federal policy today favors immigrants who have family members already in the U.S., with the result being the admission of large numbers of relatively uneducated, low-skilled immigrants. Almost all immigration reformers want to change that balance in favor of admitting more educated, high-skilled immigrants. But how will they do it?

Finally, there is the question of how many immigrants to admit into the U.S. altogether. Is the current number -- about one million legal permanent residents per year, in addition to hundreds of thousands of other sorts of visa holders -- the right amount? Should the country pass an immigration reform bill that greatly increases that number? Should the figure be reduced?

And what about this: It is not well known, but U.S. law (Section 212(a)(4) of the Immigration and Nationality Act) specifically forbids the admission of any immigrant who is likely to depend on public assistance. The Obama administration, like the George W. Bush administration before it, refuses to enforce the law. What should the next president do?

There are lots of other worthy immigration questions for Republican presidential candidates to consider -- the border wall, treatment of criminal illegal immigrants, cracking down on those who overstay visas and more. But this new report will be a crucial part of any GOP debate going forward.