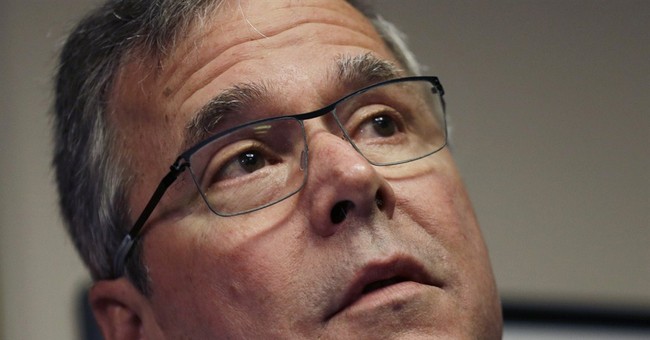 It's conventional wisdom that the 2016 Republican presidential race is at such an early stage that the polls don't matter. They're just a measurement of name recognition at this point, some observers say, and the only people really paying attention to the campaign are reporters and hard-core party activists.

Maybe that was true in earlier years. But it doesn't seem to be the case now. "One thing about this election -- Republicans are paying attention," says a GOP pollster not affiliated with any campaign. "They are very concerned about who the nominee is going to be, and the idea that what a candidate says now doesn't matter could not be further from the truth."

Look at the recent CNN/ORC poll. First of all, it's a huge field, and no candidate dominates -- Jeb Bush is in the lead with just 17 percent. But nearly all the respondents surveyed have picked a candidate to support; add together every candidate's little share of the vote and the total nears 100 percent, with few undecided.

There's Bush's 17 percent, followed by Scott Walker with 12 percent; then Rand Paul and Marco Rubio with 11 percent each; Mike Huckabee with 9 percent; Ted Cruz with 7 percent; Ben Carson and Chris Christie with 4 percent each; Rick Perry and Rick Santorum with 3 percent each; and Carly Fiorina, Lindsey Graham, Bobby Jindal and John Kasich with 2 percent each. Then there are 5 percent who say they support some other candidate.

Add it up, and that's 94 percent of Republicans who say they support a specific candidate now. The rest -- a pretty tiny number of undecided -- say they can't make a decision or have no opinion.

Of course, that's just for now. Many will change their minds, but they are already taking the race seriously.

At this point, many voters are likely making preliminary decisions based on very little information. They know Scott Walker fought unions in Wisconsin. They know Jeb Bush is George W. Bush's brother and George H.W. Bush's son. They know Ted Cruz was involved in the government shutdown.

"That's why these announcements are important," says the pollster, "because it is the first time to associate more facts with each candidate. And you've seen each candidate get a little bump when they announced."

Some analysts describe this period as the "pregame." The real game starts at some point in the future, perhaps in August when the first Republican debate takes place in Ohio. But the pregame, if that's what it is, matters too. Candidates are getting their only chance to make a first impression.

In the 2012 campaign, the first Republican debate was held May 5, 2011, in Greenville, South Carolina. The participants were Ron Paul, Herman Cain, Rick Santorum, Tim Pawlenty and Gary Johnson. (Don't remember Johnson? He's the former New Mexico governor who ended up running as a Libertarian.)

The big question that night was whether Pawlenty could ascend to the top tier of candidates. (He couldn't.) But the real lesson of the evening, at least in retrospect, was that the GOP field was still remarkably unformed at that stage.

This year's field seems much more stable at an earlier time. Yes, Kasich might enter the race -- he certainly sounded that way last weekend in New Hampshire -- and yes, perhaps another candidate will give it a try, too. But the basic structure of the Republican field seems nearly set.

And strong, too. Back in 2011 and 2012, it was common to hear Republicans complain about the weakness of their field. Some complain today -- some always do -- but the fact is the 2016 GOP field is a pretty impressive group. Governors with solid records, senators who have made their mark in the Senate, plus intriguing figures who come from outside the world of politics.

Not all of them will make it even to the Iowa caucuses. And they'll drop off like flies after that. The key thing for the winning candidate is to realize that he will have to be able to assemble a coalition of those voters who support other candidates in the current 14-candidate field. That's what it will take to win.

One thing a candidate -- or anyone else, for that matter -- should not do is dismiss what is going on in the race now as meaningless because it is so early. Plenty can change, but it might be that when February 2016 comes around, and the voting begins, some themes (and front-runners) in the race will look a lot like they look now.