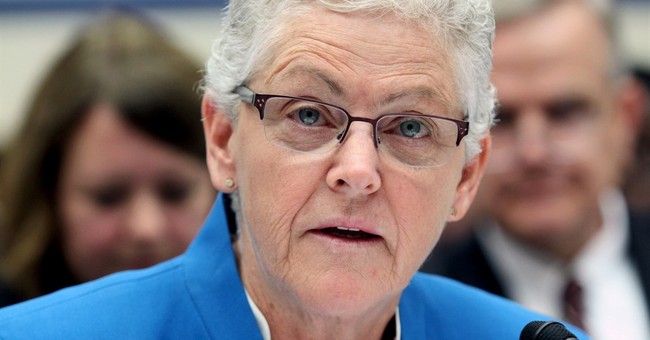 I’ve been blessed to contribute and participate in our country’s oil and gas renaissance, which has helped to lower energy prices. It is rewarding to know this benefits the poor and middle class the most, facilitating job creation while creating more discretionary income.

At my roots I’m a geoscientist, having studied geology and geophysics at the University of Texas. Part of my job is modeling what’s under the surface in an attempt to predict where the oil and gas deposits are.

In my profession I’m continually frustrated by the lack of knowledge and flagrant misinformation being perpetuated about the Earth’s climate history and CO2. The consequences of this misinformation campaign, also known as the so-called Clean Power Plan, are immense. If enacted, the Clean Power Plan enables the Federal government to seize control over the energy industry, and thus our lives.

There are six indisputable facts about the Earth’s history:

1) The climate always has and will continue to change. It’s been a lot hotter in the past, in fact we’ve had warming and cooling spells roughly every 1500 years, and today’s temperatures are easily within historical ranges.

2) Species do better in warmer climates, they struggle more in cooler periods.

3) Sea level has fluctuated dramatically over the Earth’s history. Central Texas has flooded many times throughout earth’s history.

4) CO2 levels also historically fluctuate, they’ve been much higher than they are today, and 100 years from now CO2 levels will still be lower than prior periods.

5) CO2 is not pollution, it’s necessary for survival. It greens the earth. Green is good, and species have prospered with much higher CO2 levels than today.

6) And last, the most recent warming spell, which I’m personally very grateful for, began well before the industrial revolution. So it obviously was not initiated by the burning of fossil fuels. Based on the last 18 years of satellite readings, Earth’s temperatures have flattened, despite the fact that CO2 levels continued to rise.

I began my professional career working for Western Geophysical, where I processed seismic data. Processing, and then subsequently interpreting that data, which I also did for many years, is a type of modeling. In oil and gas exploration we attempt to model what’s going on below the earth’s surface. We hope to correctly predict where the oil and gas deposits are. Sometimes we do, but often we don’t.

There is an old saying about models that we learned in the seismic processing business. That saying is “garbage in, garbage out.” Models are simply models, simply a function of your assumptions. The oil and gas business teaches you that some of the best models, the ones we fall in love with, turn out to be the biggest dry holes. For 18 years the climate models projecting Earth’s temperature have been worse than awful, consistently forecasting higher temperatures than reality.

There are no market forces correcting these models. When it comes to government funding to advance the growth and power of government there are no dry holes. Thus taxpayer money keeps flowing to support the climate change thesis, whereas in the private sector we’d be bankrupt and out of business. Like a good friend in academia told me, “its simple Bud, just follow the money”, and that’s what they’re doing. Sadly, it’s corrupting science and academia.

Let’s call the EPA’s power grab vis a vis the Clean Power Plan what it is. It’s the collusion of special interests and the government. Special interests and their lobbyists, more aggressively than ever, are attempting to create winners out of losers, and losers out of winners. All of which is to the detriment of the poor and middle class, who benefit the most from the low energy prices generated by the private sector in our current U.S. energy renaissance. At the end of the day, it’s about power over our lives, and it’s at the expense of our freedom.