Trump Should Move Toward ‘The Light’

Bryan Crabtree
|
Posted: Aug 10, 2016 12:01 AM
Share   Tweet
The opinions expressed by columnists are their own and do not necessarily represent the views of Townhall.com. 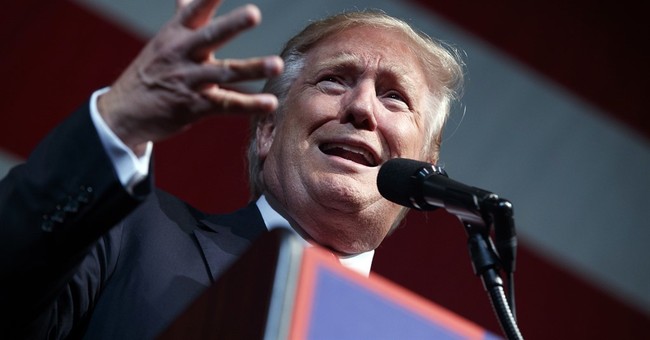 This past weekend, Ohio Gov. John Kasich was asked by CNN's Jake Tapper what it would take for him to vote for Donald Trump in November.  He said that Trump can either “operate on the dark side of the street or operate in the light. I believe America needs people to operate in the light.”

Kasich’s continued diatribes about Donald Trump strike me as some of the most smug, self- righteous garbage I’ve seen yet in this political season. Not only are they incredibly arrogant, they are remarkably delusional. I realize that he's been a successful governor in Ohio. But the pressing issues of an entire country far outweigh that of a single state. His message didn’t work in any state except Ohio in the Republican primary.

I'm getting rather tired of ‘goody two-shoes’ politicians telling the rest of the country how it should behave in order to be acceptable.

I realize that many people in the Republican Party don't like Donald Trump – and that's your right. However, the choice is simple: it's between Hillary Clinton and Trump. The rest of these candidates are pipe dreams. Libertarian Gary Johnson spends more time talking about marijuana than about issues that affect most of us. Yes, marijuana should be legal for a lot of reasons but that's not an issue that is going to win conservatives bothered by Trump. Green Party candidate Jill Stein may not struggle with the truth nearly as much as Hillary Clinton but her policies are non-starters for most conservatives.

The winner of this election will appoint as many as three to four Supreme Court justices and will either insure Barack Obama's policies are anchored into our culture or ripped from it ‘root and vine.’ I’d rather start digging up Obama’s legacy and I”m confident Trump will do that.

If Gov. Kasich wishes to throw away the future of the country over a disagreement regarding tone or language then he and others (with such views) are the ones that are truly dangerous to our country.

I've been writing about ‘tone’ for quite some time. There is a prevailing belief in politics that our politicians must be incredibly positive and scripted so that we never get to see who they really are.  I call it the ‘be nice’ crowd. By contrast we have Trump:  a guy who is saying on the campaign trail what people are saying in their homes.

If you think it’s good for our country that we elect people who say one thing when the camera is on and another when it’s off, then you are encouraging deception to prevail.

Americans have become angry over a host of personal issues. They are angry about regulations, taxes and unnecessary restrictions imposed by our government. Many are angry they have been left behind in our economy and have no idea how to rise above it. Our politicians need to tap into that anger and address those issues. Doing so will not involve being ‘in the light.’ It will be painful and eventually transformative.

We have created a culture in America that hates the government so much that there is no line between law and order in many circumstances. Otherwise honorable Americans believe the government has so overreached its boundaries that they cheat or even steal to compensate for the damage they feel it causes.

Because of poverty and the ongoing argument regarding race relations, many have taken to the streets to riot, loot and disrupt order. They've been told by those ‘in the light politicians’ that they are being cheated and that the government is the solution. Predictably, the government keeps failing them which creates more anger and resentment. The emotions are detached from cause and effect.

In an effort to cover up their failures, political leadership resolves to indulging ignorant and downtrodden Americans and projects their complaints on society as being relevant. Without first understanding the source of their struggles, it empowers more people to feel they do not have to use personal responsibility and discipline in order to succeed. This is a downward spiral that must be stopped or we will become a country more populated with poverty and failure than success and wealth.

Therefore, when Gov. Kasich wants to promote his vision of a political utopia oozing unity and self-help speech, perhaps he should look at the data concerning poverty, jobs, security and morality in this country. You can’t ‘love’ your way out of a disaster; you have to fight to overcome it, which requires staring into the ‘darkness.’

It has been said that many addicts have to reach rock bottom and lose everything before they take personal responsibility and turn their life around. Almost no amount of intervention or well wishes from the family can create the motivation for an addict to recover. They have to yearn for recovery first.

Recovering addicts learn their triggers. They understand where moments of weakness, create temptations to relapse. If our nation avoids the darkness of our weaknesses, it’s akin to avoiding the reality that a recovering alcoholic probably needs to stay out of the bar.

In other words, conservatives like Gov. Kasich keep hoping the light at the end of the tunnel is not an oncoming train.

Keep hoping. I'll be jumping off the tracks.