America’s Crisis with Opioids: The Breadth and Depth of the Opioid Epidemic

Bruce Bialosky
|
Posted: Sep 17, 2017 12:01 AM
Share   Tweet
The opinions expressed by columnists are their own and do not necessarily represent the views of Townhall.com. 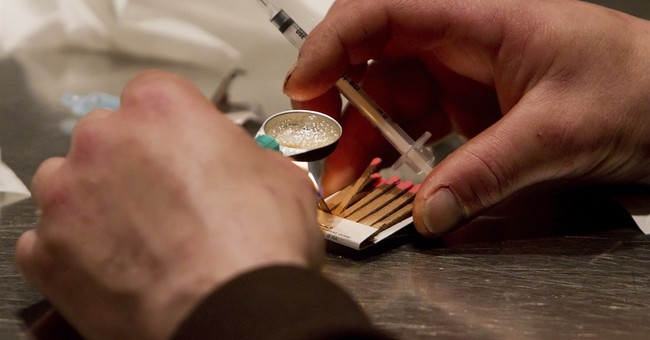 This is the second in a three-part series on the most serious crisis America is facing.  Last week’s column introduced you to how serious the problem is and the particular exposure for adolescents.  This week we see how deep this problem radiates throughout our country.

How serious can a problem become to be declared a national emergency by the U.S. president?

More than just adolescents, this problem has a depth and breadth that can stagger you.

In 2015, approximately 92 million adults in America used prescription opioids.  We know many use these drugs within the parameters established by their medical professionals without abusing the drugs.

Still it is estimated that 11.5 million adults misused the drugs.  What this means is these adults did not use the drugs within the directed parameters either by using the wrong dosage or for a longer period of time than directed. They could have also taken them without a prescription for a reason other than for which the drug was additionally prescribed.  There is a massive population of “abusers.”

Those are the people who only have a problem. Another 1.9 million Americans had the far more serious determination of having an opioid use disorder.  The criteria for having this disorder means that opioid use interferes with your normal life activities -- be it work, school or your home life.  More importantly, the user suffers withdrawals if they stop usage (they are addicted).  Far worse, many die of an overdose.

To understand how matters have accelerated since the benchmark period of 1999, the rate of overdose deaths was 2.5 times higher in 2015 (21.1 per 100,000 people).  The rate increased more among males than females, but was still significantly higher for females in 2015.

Though the problem was widespread throughout the United States, some places were hit harder than others. West Virginia had almost twice the national average of drug overdose deaths in 2015.  New Hampshire was the next most affected at 162%, the national average followed by Kentucky and Ohio, which were at 142%.  Twenty-one states had higher experiences of drug overdoses than others, concentrated principally in the Midwest and Southwest.

It was not just geographic factors that led to greater opioid problems.  If you want to avoid the problem, get married, as the never married had the highest rate of opioid misuse and abuse.  If you get divorced, you have a higher chance of opioid abuse.

If you want to avoid misuse or abuse of opioids get a job.  Full-time employed individuals have the least chance to abuse, followed by part-timers. The people who fare the worst are the unemployed.  Interestingly, disabled Americans abuse opioids less than the other categories in the work arena.

It is not surprising that, after learning about adolescents and how drugs affect them, the older you get the less abusive people are of opioids.  The ages ranging from 30 to 49 have fewer problems than the 18-29 group, and the over-50 crowd does the best.

As for ethnic groups, Hispanics have the greatest level of opioid abuse.  That is followed by whites, and black Americans have the best record for not abusing drugs.  That means if you have a job, are married and are over 50 years old, female and Black, you have the least worry of experiencing this dreaded scourge.

Abuse does not necessarily mean death.  As defined by the National Center for Health Statistics (NCHS), the death rates tell a different story.  The age group that had the highest death rate from drug overdoses was 45-54 years, with 30 deaths per 100,000 people.

The greatest increase from 1999 to 2015 in drug overdose deaths occurred in the age bracket of 55-64.  The death rate skyrocketed from 4.2 per 100,000 in 1999 to 21.8 in 2015, an average increase of 10.5% per year. Though the age group of 15-24 were most prone to addiction, theirs had the lowest death rate for any age group except the 65 and over crowd.  As explained to me by Dr. Phillip Kurzner, a urologist and surgeon, that fact may be misleading by just reflecting how death certificates are recorded.  He stated, “With someone that age (65 and older), the medical examiner may not be checking a tox screen, but looking more toward cardiac problems, which would not naturally occur within other age brackets.”

Not all people who die from drug overdoses are from opioids, but the highest number are and the explosion of abuse matches the explosion in the death rate for overdoses.

Where the situation mushrooms is with heroin. Heroin was first developed in 1874 as a derivative of morphine, a natural product of the opium poppy. It was marketed beginning in 1888 under the Heroin name by Bayer Laboratories as an analgesic and cough sedative and produced by them until 1913.  In 2015, it is estimated 66% of opium came from Afghanistan.  In the U.S., a large amount of the heroin comes from our neighbor Mexico.

There are a few reasons for this.  Cheap heroin has become readily available throughout the country.  Heroin, which used to be restricted to urban areas, can now be found on college campuses and rural areas of the country.  Some people question whether some of what is being done to control prescription opioids has driven people underground to use heroin.

Whether that is true or not, we have a full-blown heroin epidemic on our hands.

Now that we understand this challenge next week in part three we address how to confront the crisis.