Mr. Obama, the Devil Is in More Than the Details With Iran Deal 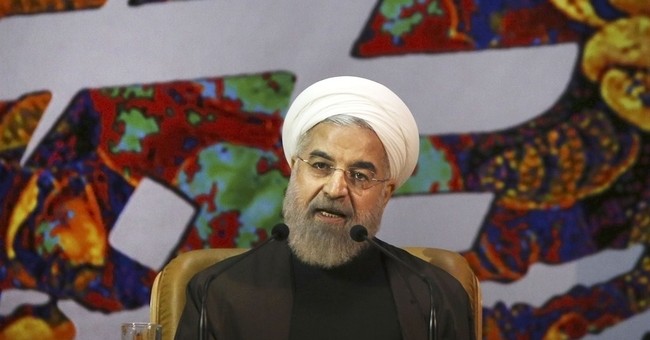 Our president has been spending tremendous energy promoting a preliminary agreement negotiated with Iran a couple of weeks ago. Since then the Iranians have questioned some assertions from the Obama team. Most of the Americans questioning the agreement have relied on the fact that what was announced was only a framework, and the final agreement is supposed to be delivered to the world by June 30th. Over and over we have heard the catchphrase “The devil is in the details” -- even from Mr. Obama. Based on what the president has said, the devil is in the framework.

Mr. Obama immediately summoned Thomas Friedman of the New York Times to the White House for a friendly interview to explain his positions on the framework and what lies ahead. As usual Mr. Obama established his position as the only reasonable one, and implemented his favorite technique by creating a straw man that represents the only alternative position which is war. As important as that interview was to revealing the Obama PR plan, it pales in comparison to what was revealed in his interview with Steve Inskeep of NPR’s Morning Edition.

This interview occurred subsequent to the Israeli government establishing its own position on the agreement. Prime Minister Netanyahu suggested many things should be included in the agreement. First, that Iran should recognize Israel. Second, that it should stop funding groups like Hamas and Hezbollah. One could easily argue that putting a condition of Iran recognizing Israel would be out of sync with the purpose of the negotiations. That is despite the fact that recognizing Israel would be a large step toward a more peaceful resolution of matters in the Middle East.

The stopping of fomenting groups like Hezbollah, Hamas and the Houthis would be part of this entire negotiation, one would think. Yet, the interview with NPR clearly revealed Mr. Obama’s thinking on that effort. In a lengthy response to a question about the position of Mr. Netanyahu, President Obama stated “So, you know, the key is not to somehow expect that Iran changes --- although it is something that may end up being a byproduct of this deal --- but rather it is to make sure we have a verifiable deal that takes off the table what would be a game changer for them if in fact they possess nuclear weapons.” The President goes on to assure the people of Israel that Iran will still be directing attacks against it through its proxies, but the Israelis should be able to handle that.

Thus, the devil is in the framework. We went into the deal with very low expectations from the negotiations. We apparently have zero expectations that Iran will evolve as a nation. All we want to achieve is to push off for a little over ten years Iran getting a deliverable nuclear bomb. The only conclusion one can draw from this position is that Mr. Obama believes that once this agreement is in place the Iranians will join the community of nations and stop their warlike actions. The President stated “But this is a good deal if you think Iran is open to change.” He also stated “If they don’t change at all, we’re still better off having this deal.”

Does the Obama team actually think that they are really going to have an effective agreement if basic behavior is not changed? That is the intrinsic flaw in the strategy. Mr. Obama has been accused of wanting this deal much more than the Iranians and I have never asserted that until now. If you have an errant country and only ask for change in one matter and not on the overall philosophy of operation, why would you possibly believe they would change in that one area? That makes no sense.

In fact, this deal would allow the Iranians to ramp up their bad behavior and continue on their hegemonic mission. As revealed by Senator Corker (R-TN), chair of the foreign relations committee, the reason the Iranians are so anxious to have the sanctions lifted is because the world community is holding $130 billion of its funds which would be released. Mr. Obama’s team said the sanctions would be relaxed gradually based on performance, and the Ayatollah countered stating he is not signing unless sanctions are lifted day one of the agreement. We honestly don’t know who is telling the truth because Secretary Kerry was so antsy for a deal he may have been pimping this point.

You can believe that once the Iranians get their hands on that $130 billion, adding to that all the funds from the whores of the world hopping to do business with them which will provide them a massive infusion of cash, that the Ayatollah will be using these sums to build roads, housing, hospitals and generally improve the economic conditions of the Iranians. Or you may be a little more skeptical of his intentions. If dear Ayatollah is funding the three H’s now, what do you think he will do with all that extra dough?

It has been very entertaining reading and listening to the Obama defenders echoing his position that the world is worse off if this deal (whatever it turns out to be) is not signed. Peter Beinart in The Atlantic stated “This does not mean, as President Obama has suggested, that the only alternative to the current deal is war. But it does mean that all the other alternatives are bad.” Laughable. The most entertaining was State Department spokesperson Marie Harf, who is constantly adrift, evaluating the well-constructed Wall Street Journal column by Henry Kissinger and George Schultz, two former Secretaries of State and mental giants, and attempting to shoot it down. That was a moment in the annals of audacious behavior.

We do not need to wait out the details of this agreement which seem to be disintegrating daily. The overall framework does not aim to accomplish the basic necessary change in behavior of the Iranians. Why wouldn’t they cheat and obfuscate on the nuclear portion?