Remembering 9/11: The Threat of Jihad Remains

Brigitte Gabriel
|
Posted: Sep 09, 2016 1:05 PM
Share   Tweet
The opinions expressed by columnists are their own and do not necessarily represent the views of Townhall.com. 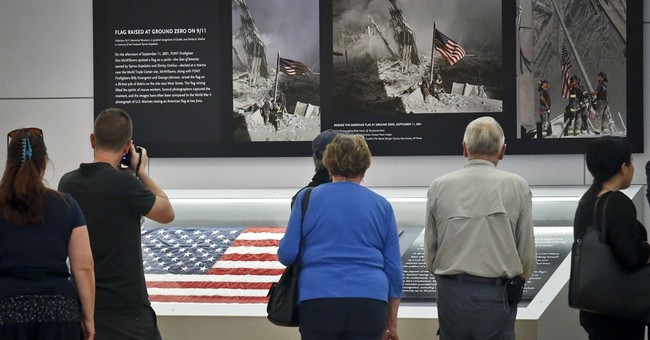 So much has changed since September 11th 2001, yet unfortunately certain truths have remained all too persistent. The threats we face today are tied to the same sword of radical Islam that pierced us so deeply 15 years ago. Now more than ever, we as Americans must stop to reflect on such devastation, the essential lessons it taught, visceral anger it provoked, and the immeasurable patriotism it awakened.

For those who remember the horror of that day, the reality that we are approaching the 15-year anniversary of September 11th seems remarkably surreal. It was a day that despite the time that has passed, still seems more like a nightmare than reality. So vivid are the details we can recall from such painful catastrophe and yet, how often so many go about their daily lives as if this world altering event never even occurred.

When I view an image of the World Trade Center, I am immediately reminded of what an invaluably beautiful symbol it was. Though aesthetically striking, the World Trade Center was more than an architectural medallion. It served as an unequivocal symbol of freedom, prosperity, American ingenuity, and the Western way of life.

But that which made the World Trade Center so special, simultaneously made it the quintessential target of jihad. It wasn’t until those towers came crashing down that we realized how much they represented, and how lucky we were to have lived in a country that built them.

Thousands of innocent Americans woke up that morning, kissed their family’s goodbye, and went off to work never to see their loved ones again. These were not soldiers engaging in armed conflict overseas. These were ordinary civilians, whose lives were cut short by the same maniacal movement that continues to plague us.

Most Americans cannot wrap their minds around the rationale for someone to commit such a heinous atrocity as that which we witnessed fifteen years ago. Consequently, some foolishly attribute these actions to mental illness or most appalling, try to rationalize them as acts of self-defense. The reality is, these acts were carried out on innocent civilians by individuals who believed they would be rewarded in paradise with 72 virgins for their Islamic heroism.

It is this interpretation of Islam that motivates an individual to slit a stewardesses neck with a box cutter and fly a commercial airliner squarely into a skyscraper, killing themselves along with thousands more in consequence. This ideology has also served as the motivation for the Islamic State to crucify children, strap bombs on infants, and burn unbelievers alive.

Why then, fifteen years removed from the largest terror attack in world history, does our TSA still refuse to differentiate between an elderly nun and a twenty-year old Saudi named Muhammad when determining who should receive enhanced airport security screening? Why do we allow our President to continue importing hundreds of thousands of un-vetted third world Islamists? Why do we allow the mainstream media to silence those who properly identify the enemy and its motivation? We said we’d never forget, but many already have.

Our nation rose so valiantly in the immediate aftermath of September 11th. We came together in ways not seen since the second World War. American flags flew on every corner and we became united through both sorrow and anger. Nowadays, displaying the American flag at certain universities is considered offensive, while refusing to stand for the national anthem as a professional athlete is glorified. What happened?

What happened is we valued tolerance over toughness, feelings over facts, and politics over patriotism. We owe it to those who lost their lives or loved ones to this inherently evil ideology to change course immediately. We the people must demand our politicians prioritize safety over sensitivity and if they should fail to do so, we must replace them with those who will.

September 11th 2001 was a wake-up call from hell. To fall back asleep would result in devastation so catastrophic that the loss of life we witnessed fifteen years ago will pale in comparison. Although precious to us, life is meaningless to our enemies. If radical Islamic actors were to acquire nuclear weapons, as is their ultimate goal, they will use them regardless of retribution.