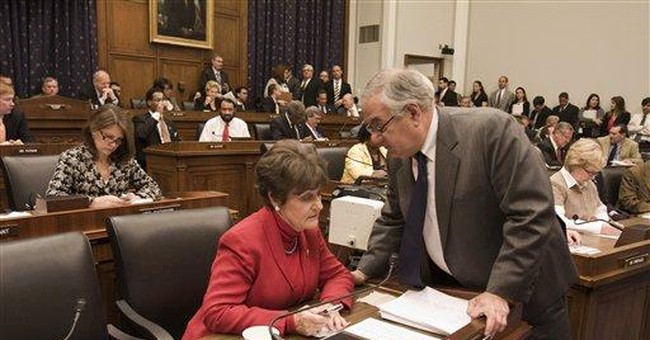 This November, voters in Florida’s 24th Congressional District have the chance to strip another vote away from Nancy Pelosi and restore a Republican seat in the House. Currently represented by freshman Democrat Suzanne Kosmas, Florida’s 24th District generally has a Republican registration advantage. After the Aug. 24 primaries, Kosmas now faces a tough battle against GOP nominee Sandy Adams.

Florida’s 24th Congressional District consists of several portions of the Orlando-Daytona Beach area, as well as portions of the Space Coast region. Spanning central Florida on the eastern side of the state, the district includes parts of Brevard, Orange, Seminole, and Volusia counties. Represented by Republican Tom Feeney for three terms, Kosmas was barely able to defeat Feeney in the 24th District, even in Democrat-friendly 2008. This year, however, Sandy Adams is poised to take back this conservative Florida seat, which is rated by Cook Partisan Voting Index as R+4. George W. Bush carried this district in 2004 with 55% of the vote, while McCain also won this district in 2008 with 51%.

Deemed one of the “Flip Flop Five” by the National Republican Congressional Committee, Suzanne Kosmas initially voted ‘no’ when the House first voted on government health care takeover legislation in November 2009. After shady backroom deals revolving around funding for her district and heavy arm-twisting, Kosmas turned her back on her constituents and caved to pressure from her party’s liberal leaders. Instead of listening to the voices of the voters in Florida’s 24th District, Kosmas fell in line with Speaker Pelosi’s agenda of runaway spending and ultimately cast a deciding ‘yes’ vote for ObamaCare. Kosmas put party loyalty ahead of her voters when she flip-flopped on ObamaCare and rubber-stamped trillions of dollars in unprecedented government spending and half-a-trillion dollars in tax increases and Medicare cuts.

On the contrary, Sandy Adams has built a reputation as a conservative, no-nonsense leader--exactly what Central Florida needs to put the U.S. Congress back on track. She has demonstrated her commitment to fiscal responsibility and protecting America’s borders throughout her career in public service. Growing up in a military family, Sandy joined the U.S. Air Force at a young age and later pursued a career in law enforcement. She served as a member of the Orange County Deputy Sheriff’s Department for seventeen years until being elected to the Florida State Legislature in 2002. During her eight years in the Florida House of Representatives, Sandy has taken a hard line against government spending and new taxes, as well as illegal immigration.

This fall, Floridians have a clear choice: stand back and watch as Washington politicians refuse to make the right choices for America, or elect a leader they know and trust who will represent their interests in Washington.