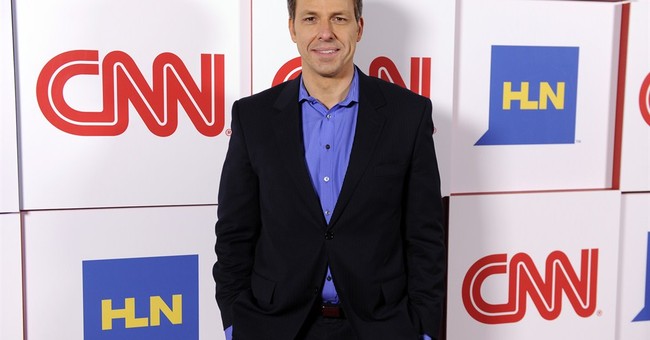 Washington Post political reporter Chris Cillizza is one of those self-impressed Watergate babies who thinks everything the media report brings great value to society. His latest article was titled "Trust in the media is at an all-time low. That's a terrible thing for all of us."

Automobile manufacturers can claim we need a car to get anywhere. The farmers and food companies will impress on the world its need to eat. But for the news media -- especially this news media -- to suggest civilization as we know it will cease to exist without their profound wisdom and professionalism is arrogant. And laughable. And apparently a lot of people agree with us.

The latest Gallup Poll finds that only 7 percent of Americans declare they have a "great deal" of trust in the media. At this rate, soon it will be just the media and their immediate families who check that box.

The percentage that said their trust in the media was "none" matched an all-time high of 24 percent. One quarter of the population has no trust in the press. Nada. Nothing. Zero. Zip.

Cillizza tries to imagine the majority's message to the media: "You deserve what you get! Your years of lies and agenda-pushing have finally caught up to you. WE ARE ON TO YOU. To which I say: Wrong." (Emphasis his.)

Like hundreds of these snooty elites, he cries foul at media-bias chatter: "If you were in the media, you would know we aren't even close to organized enough to orchestrate such a grand plan."

How quaint how he twists the argument. To believe there is a bias is to be a nut that believes in some sort of conspiracy-hatching grand plans.

These denials have been issued for decades, and yet the trust numbers continue to crumble.

Clearly, Cillizza's spiel is not selling.

He blames everyone else. "I believe really strongly that the decline in trust in the media is primarily attributable to partisans -- whether in politics or in the media -- who have a vested interest in casting the press as hopelessly biased."

Listen for the implicit Fox News-bashing: "The rise of outside partisan groups -- on the left and the right -- has coincided with a bumper crop of partisan-first media outlets designed to foment rage and exasperation with the mainstream media's alleged missteps. It's good business for them -- and just plain terrible for the American public."

Cillizza is a regular guest on MSNBC, so maybe he should stay vague about how "partisan-first media" is ruining America.

He concludes by claiming critics of the "mainstream" media want them to disappear: "Whether you like or agree with an independent media all the time -- breaking news: you won't! -- you should value an entity that does its best to hold those in power accountable."

Cillizza's refusal to consider that they don't convincingly "do their best" to hold our government accountable suggests the first problem with the media's public relations. You can't fix your image if you can't admit there's a serious problem, not just "alleged missteps." You can't simply point the finger at talk radio or Fox News or bloggers and think that's the end of the discussion.

Perhaps Cillizza and his media friends could start with more humility. With their business models collapsing, in print and on the air, it might be time to try and connect with the disaffected majority, not just spit on them as rage-spewing partisans ruining the country.

Or just stay on MSNBC, where journalism goes to die.