Hypocrites Line Up on Sesame Street 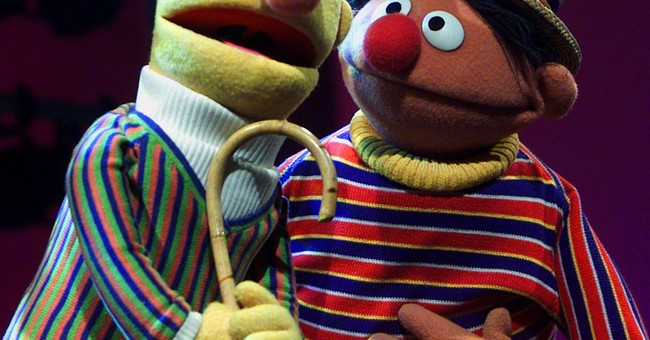 The churning of market forces in television are once again forcing the question of why Americans are spending hundreds of millions of tax dollars a year on public broadcasting. On August 13, HBO announced it was buying all-new episodes of the iconic PBS show "Sesame Street," delaying their debut on PBS for nine months.

Decades of liberal mockery of Republicans for wanting to "kill Big Bird" just collapsed in an ugly pile. The show that was supposedly dedicated to poor kids in "underserved" communities was just sold to the highest-bidding paywall in Yuppie Land. Before that they were negotiating with Amazon and Netflix as well.

Conservatives have said it for decades: "Sesame Street" is a commercial property that could be shopped for big bucks. There never was a need for government funding. Both broadcast and cable networks would pay a pretty penny to get their hands on this program.

They knew it, too. But it was so much easier to stay at PBS and live off the generosity of the unsuspecting American taxpayer. And here's the most insulting fact: PBS refuses to release the financials showing exactly how much money Sesame Workshop has been raking in selling their merchandise. How many Americans know that "Sesame Street" comes from a privately owned company?

Yes, America. You paid to produce it. The hypocritical hucksters in this Sesame scam have milked the product for hundreds of millions of dollars in merchandising, while producing just 18 new episodes each year. Under HBO, this will almost double to 35.

How many hundreds of millions? That question's been asked by many people, including members of Congress, and "Sesame Street" refuses to answer. Now, according to The New York Times, the secrecy continues: "It is not clear how much HBO is paying, as financial terms of the deal were not disclosed."

The deal happened because young kids today don't wait for a show to air at a set time. They live-stream them on tablets at their whim. Sesame Workshop bigwigs claimed two-thirds of children now experience their show first on a video-on-demand or live-streaming service. So HBO, with a new HBO Now live-streaming service, just went out and bought the highest-prestige property in children's TV.

"If this is where the children are, we have to recognize that shift and have more than a home on PBS," said Sesame Workshop CEO Jeff Dunn. But they insisted on keeping a home base on PBS, since that's always a crucial part of Sesame branding. As usual, they want to have their "public" TV cake and eat it, too.

HBO is not an innocent kiddie brand. It's infamous for extreme sex, violence and the most vicious baiting of traditional moral values (See Bill Maher.) Tim Winter of the Parents Television Council put it just right in The New York Times. "In order to watch original episodes of the most iconic children's program in television history, parents are now forced to fork over about $180 per year and subscribe to the most sexually explicit, most graphically violent television network in America. I can't imagine a greater juxtaposition in television than this."

For "Sesame Street," PBS is now just a dumping ground for reruns, which PBS will get for free. It should now be impossible for PBS stations and PBS brass to say tax dollars are essential to keep "Sesame Street" on the air. But if they're as cynical about money as the Sesame Workshop, they may keep trying that shameless pitch.